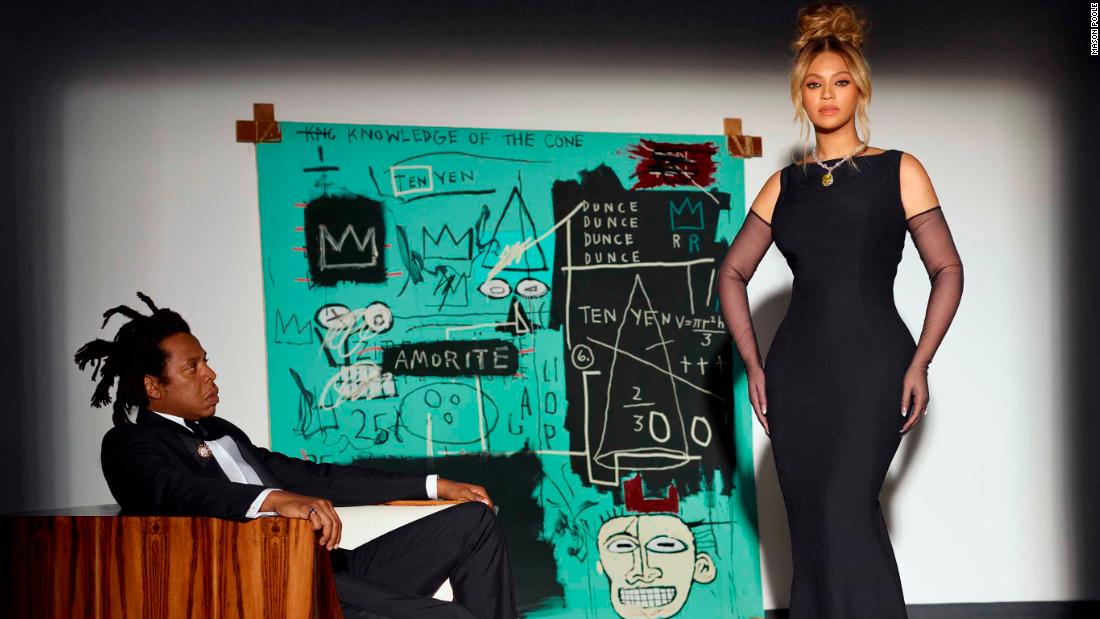 Beyoncé has made fashion history as the first Black woman to wear the iconic 128.54 carat Tiffany Diamond.

The Grammy-winning performer wears the stunning piece of jewelry, which features one of the world’s largest yellow diamonds, as she and her rapper husband Jay-Z become the faces of Tiffany & Co’s new “About Love” campaign.

“Love is the diamond that the jewelry and art decorate,” the power couple said in a press release on Monday.

The Tiffany Diamond was originally unearthed in South Africa in 1877.

Since then it has been worn by Mary Whitehouse, wife of American diplomat Edwin Sheldon Whitehouse, Hollywood icon Audrey Hepburn, and singer Lady Gaga.

Beyoncé and Jay-Z’s shoot is the first time the diamond has been featured in an advertising campaign, Tiffany’s said in the press release.

Audrey Hepburn, about to begin filming for Breakfast At Tiffany’s, wears one of the store’s most expensive diamond necklaces. Credit: Bettmann/Getty Images

Beyoncé shared some of the striking images on her Instagram page.

In one photo Jay-Z, 51, reclines in a chair as he gazes at the “Lemonade” hitmaker who channels her inner Hepburn in a black gown, paired with black opera gloves and a chic updo. A painting from Jean-Michel Basquiat’s private collection called “Equals Pi,” which resembles the signature Tiffany Blue, provides a fitting backdrop.

Jay-Z adds some luxury to his black tuxedo by wearing Jean Schlumberger’s legendary Bird on a Rock brooch, reconstructed as a pair of one-of-a-kind cuff links.

“Beyoncé and Jay-Z are the epitome of the modern love story,” Alexandre Arnault, executive vice president of product and communications, said in the release. “As a brand that has always stood for love, strength and self-expression, we could not think of a more iconic couple that better represents Tiffany’s values. We are honored to have the Carters as a part of the Tiffany family.”

The “About Love” campaign, shot by Mason Poole, is launching globally on September 2.

As part of the partnership, Beyoncé and Jay-Z have also filmed a video advert which will feature Beyoncé’s rendition of “Moon River,” the famed song from the 1961 movie “Breakfast At Tiffany’s.”

Tiffany & Co said it will donate $2 million towards scholarship and internship programs for Historically Black Colleges and Universities (HBCUs). These are institutions of higher education in the US that were established before the Civil Rights Act of 1964 that were intended to serve the African-American community.