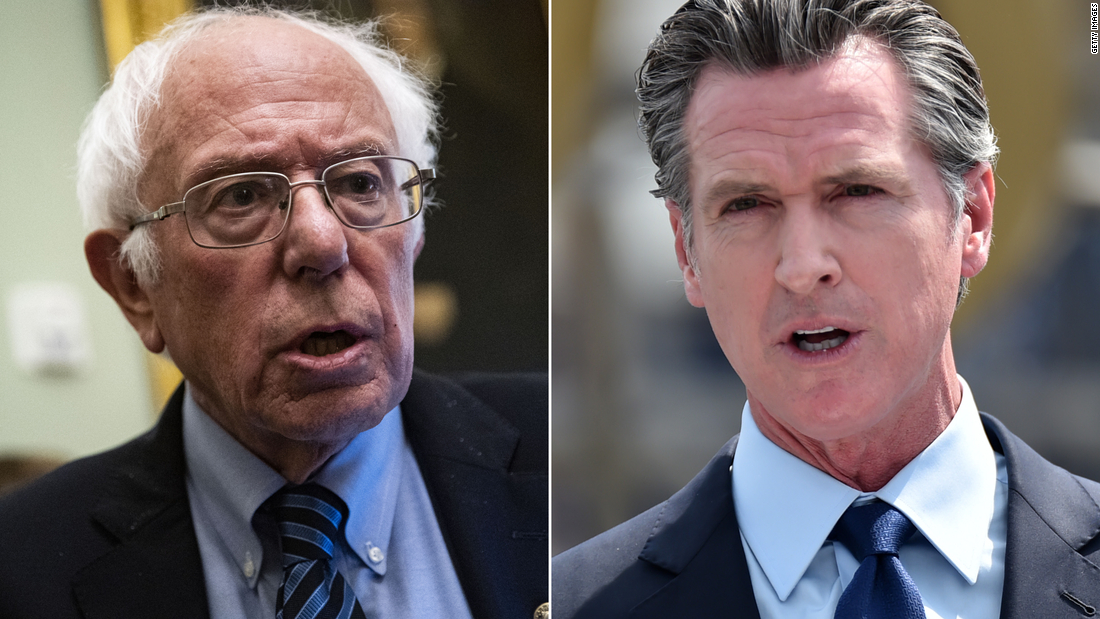 The spot released on Monday by Stop the Republican Recall, a countereffort launched by Newsom’s team, features the Vermont independent asking voters to support the Democratic governor in the recall effort and making a thinly veiled attack on conservative talk show radio host Larry Elder, who poses a serious threat to Newsom’s tenure.

“At this unprecedented moment in American history, when we’re trying to address the crisis of climate change, guarantee health care for all and pass real immigration reform, the last thing we need is to have some right-wing Republican governor in California,” Sanders,tacitly referring to Elder, says in the new ad.

“The September 14 recall of Gov. Newsom is a bold-faced Republican power grab.”

The use of Sanders by Newsom and his allies shows just how worried his camp is about the upcoming recall — and how urgently they are trying to activate progressive voters who might be tempted to sit out the special election on September 14 because of their frustrations about the pandemic.
Newsom was in a strong position for most of the summer, but the resurgence of Covid-19 and the wildfires ravaging the state have led to worries among state and national Democrats that there is a very real possibility of him getting recalled. Polls show that on the question of whether voters want to oust Newsom or keep him, the race is within the margin of error.
The Stop the Republican Recall group also released an ad in late July featuring Sen. Elizabeth Warren of Massachusetts, another noted progressive, who charged Republicans in California with “abusing the recall process” in an effort to “grab power” in the state.
And last week, Vice President Kamala Harris canceled a rally with Newsom, with the former California senator avoiding the highly political moment in the wake of a terrorist attack in Afghanistan that killed 13 American service members as the US raced to withdraw troops from the country.
RELATED: What you need to know about the California recall

The recall effort was launched earlier this year after some Californians criticized Newsom’s handling of the state’s homelessness problem, devastating wildfires and the Covid-19 crisis. There are two questions on the ballot, asking whether Newsom should be removed from office, and if so, replaced by whom.