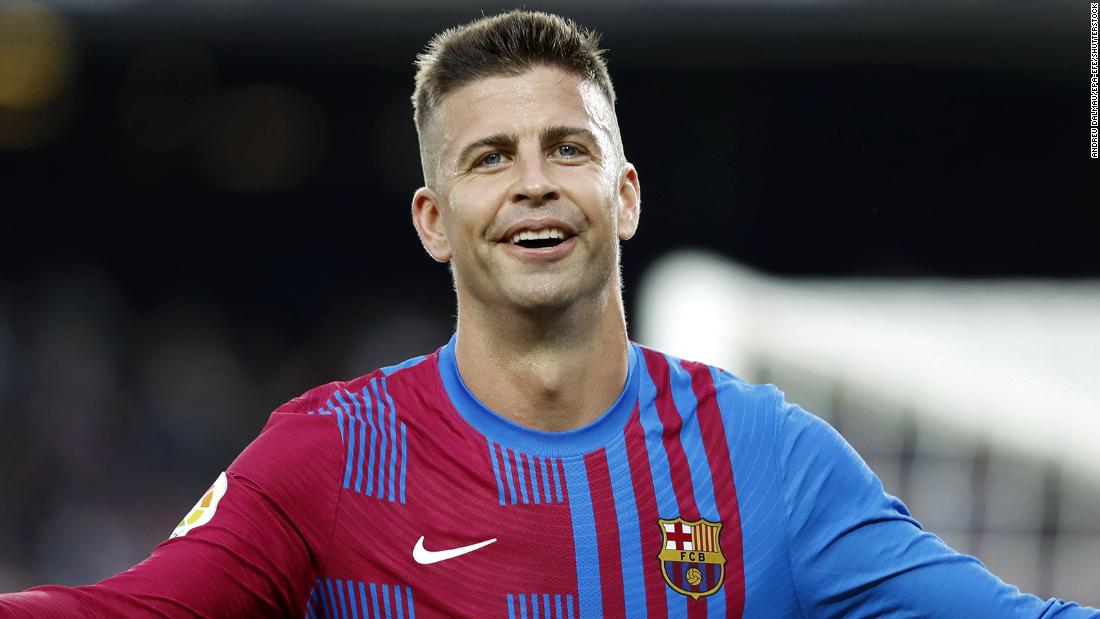 It was the first time in 18 years that the club had started a campaign without the Argentine, who joined Paris Saint-Germain on a two-year deal on August 10.

Many fans wore Messi shirts and sang songs about the club’s greatest ever player as they watched an entertaining match at the Camp Nou.

Long-time Barça servant Gerard Piqué headed his team in front before Martin Braithwaite scored either side of half-time to put Barcelona in seemingly total control.

But two late goals from Real Sociedad’s Julen Lobete and Mikel Oyarzabal cut the deficit to just one goal, setting up a tense final few minutes.

With the visitors pushing for an equalizer, Sergi Roberto finished off a sweeping counter attack in added time to ensure Barcelona took all three points in the side’s first fixture of the new La Liga season.

“We made things complicated for ourselves, but we played a great game,” Piqué said after the match.

‘It was a gesture I had to make’

Fans were allowed back into the stadium for the first time in 526 days on Sunday, and 20,000 supporters watched as this young Barcelona side tried to establish itself without Messi.

There were certainly promising signs that this team could still produce on the highest level despite the crippling financial situation that the club finds itself in.

It dominated large periods of the match and showed it was still capable of exciting attacking football.

It was also fitting that Piqué opened the scoring, with the club announcing that the central defender had taken a pay cut to relieve some of the financial pressure.

“I grew up here, I’ve played almost all my life here, and it was a gesture I had to make and I’ve been speaking to the other captains and they’re going to do the same too,” added Piqué, who celebrated his goal by kissing the badge on his shirt.

A brace from Karim Benzema and goals from Nacho and Vinícius ensured Carlo Ancelotti started his new chapter at the club with a 4-1 victory.

Both sides were reduced to ten men after Hugo Mallo and Mario Hermoso were sent off for an incident in the closing stages. Eight yellow cards were also shown throughout the bad tempered affair.

But a brace from Argentine forward Ángel Correa fired the champion to victory, despite Iago Aspas initially equalizing from the penalty spot.