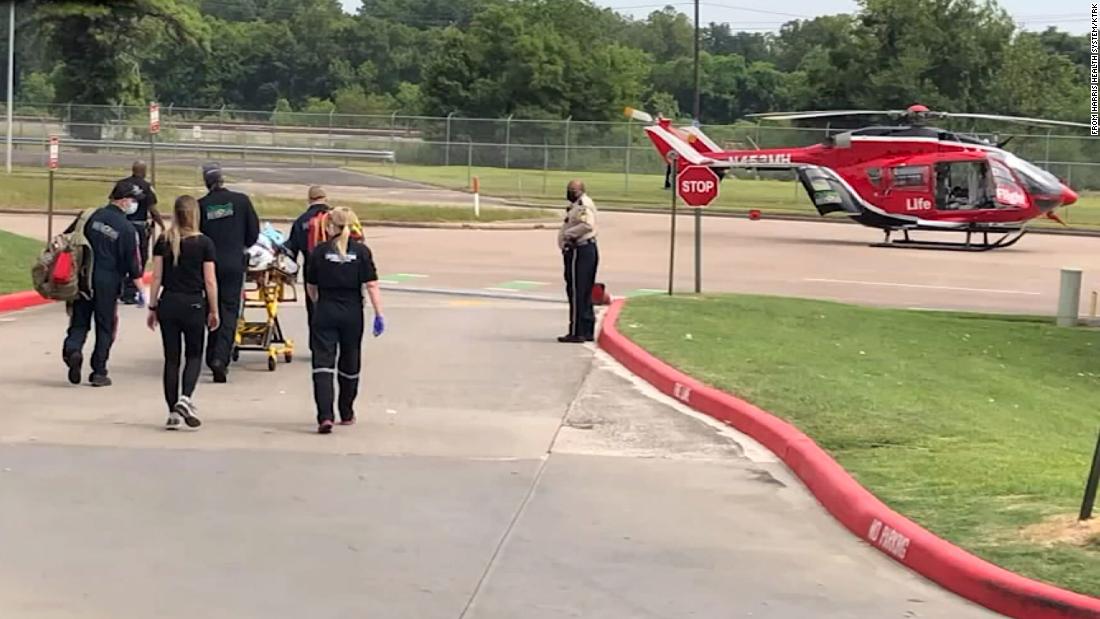 The child tested positive for Covid-19, according to Amanda Callaway, a spokeswoman for Harris Health System. Callaway said the girl was having seizures and needed to be intubated but Lyndon B. Johnson Hospital, where she was first taken, does not offer pediatric services.

None of the major pediatric hospitals in the area had beds available, Callaway said.

The baby is seen in video released by Harris Health being gently lifted onto an air ambulance on Thursday morning for a flight to a hospital in Temple, Texas, about 150 miles away.

Overall, Harris Health System has seen a huge increase in Covid-19 patients, and at least half of the patients in ICU have the virus, Callaway said.

Harris Health is part of the Texas Medical Center, the largest in the world, according to its website. There were 336 Covid-19 patients admitted on Thursday, the highest daily number of admissions since February, according to its latest update.

Florida and Texas have accounted for a third of all US Covid-19 cases reported in the past week, White House Covid-19 response coordinator Jeff Zients said.

The cases are mainly in areas where vaccination rates remain low, Zients said at a briefing Monday.

The surge comes as the highly contagious Delta variant spreads and the percentage of fully vaccinated Americans hovers around 49.9%, according to the US Centers for Disease Control and Prevention.

Hospitals are once again filling up with patients as the virus tears through the unvaccinated population.

“We are back beyond our pre-pandemic volumes at LBJ,” hospital administrator Patricia Darnauer told CNN affiliate KTRK.
The Harris County/City of Houston Public Health dashboard on Friday reported 220.79 new cases per 100,000 people over seven days.
In Texas, the seven-day moving average was 11,042 new daily cases on Monday, according to a CNN analysis of Johns Hopkins University data.

Gov. Greg Abbott has said he will not impose a statewide mask mandate and has previously banned local government entities from requiring vaccines.

Texans know “what the standards are, what practices they want to adopt to help protect themselves,” he told CNN affiliate KPRC last week. “This is time for individual responsibility.”