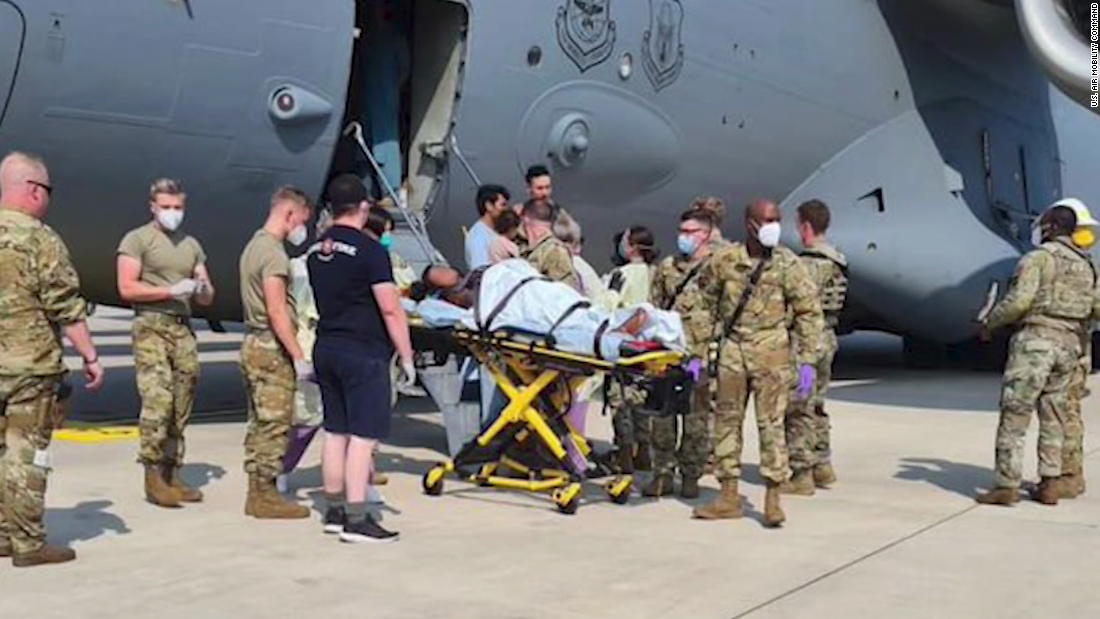 “We’ve had further conversations with the mom and the dad of the baby,” said Gen. Tod Wolters, commander of US European Command and NATO’s Supreme Allied Commander in Europe, at a briefing with reporters at the Pentagon. “They named the little girl Reach. And they did so because the call sign of the C-17 aircraft that flew them from Qatar to Ramstein was Reach.”

Reach’s parents were on a flight from a staging base in Qatar after fleeing from Afghanistan following the Taliban takeover of Kabul.

“The aircraft commander decided to descend in altitude to increase air pressure in the aircraft, which helped stabilize and save the mother’s life,” said a tweet from the US Air Mobility Command’s official account, noting that medical personnel from the Air Force’s 86th Medical Group came aboard to deliver the baby once the plane landed.

“Upon landing, Airmen from the 86th MDG came aboard and delivered the child in the cargo bay of the aircraft,” said another tweet from the account.

Reach and her mother were transported to a nearby medical facility where Air Mobility Command reported they were in good condition.

“As you can well imagine, being an Air Force fighter pilot, it’s my dream to watch that young child called Reach grow up and be a US citizen and fly United States Air Force fighters in our Air Force,” joked Wolters.

Speaking to CNN on Monday, the nurse who delivered Reach said she was “expecting the worst, hoping for the best.”

“When I evaluated the patient, we were past the point of no return. That baby was going to be delivered before we could possibly transfer her to another facility,” said US Army Captain Erin Brymer, a Landstuhl Regional Medical Center registered nurse.

Asked when she realized things would be okay for the baby and mother, Brymer said, “When the baby came out screaming! And we were able to put her directly on the mom’s chest and get her breastfeeding right away. I was like, ‘Okay, we’re good here.'”

The pilot mistakenly announced that the baby was a boy, and Brymer said she corrected him. “I mean, it’s a girl,” the pilot then said.

The Pentagon today announced that approximately 88,000 evacuees have left Afghanistan since the evacuation started, but thousands more are still trying to get out of the country before the scheduled withdrawal of troops completes next week.