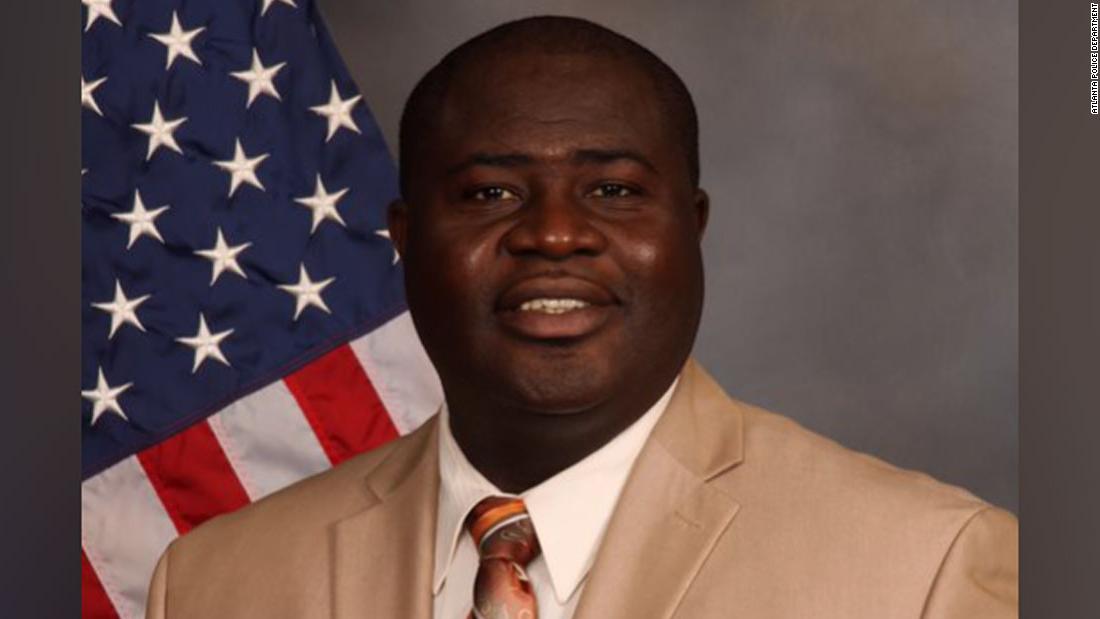 Sgt. Marc Theodule’s actions violated department policy, APD said, and determined he acted outside of APD standards and training. Theodule was terminated from his job on Monday, APD said.

Around 12:30 p.m. on July 26, officers were dispatched to an armed person call, according to APD, where the caller advised that a woman was walking around pointing a gun at several people. Officers arrived on scene and were able to locate and detain the woman, but became concerned about her mental health and requested medical personnel from Grady EMS transport her to the hospital for evaluation, APD said.

The social media video shows a moment during the arrest in which the woman appears to be handcuffed and lying on her stomach on the ground, when one of the two officers seen, identified as Theodule, kicks her in the head. It is not clear what happens before or after the moment shown in the brief video.

After reviewing the video, APD relieved both officers seen in the video from duty pending a full investigation into the incident by APD’s Office of Professional Standards, which has since concluded, according to the release.

The APD investigation also concluded that the second officer involved did not violate APD’s Duty to Intervene policy, which expects employees to intervene in on-going active situations. APD said in this case there was no violation because the kick occurred one time and then ceased. The officer also brought the incident to the attention of a supervisor shortly after it happened, according to APD. That officer has returned to full duty status, according to APD.

The woman seen in the video was not charged, APD noted, and officers recovered an unloaded handgun during the incident which was turned over to a family member for safe keeping.

“I want our officers and the public to know that I do not take terminating employees lightly. But I also understand that the Atlanta Police Department must be held to the highest standards and with that comes accountability when departmental policy is violated,” Chief Rodney Bryant said. “Considering all the facts, I support the findings and recommendations made in this case.”

When reached over the phone, Theodule declined to comment on his termination.