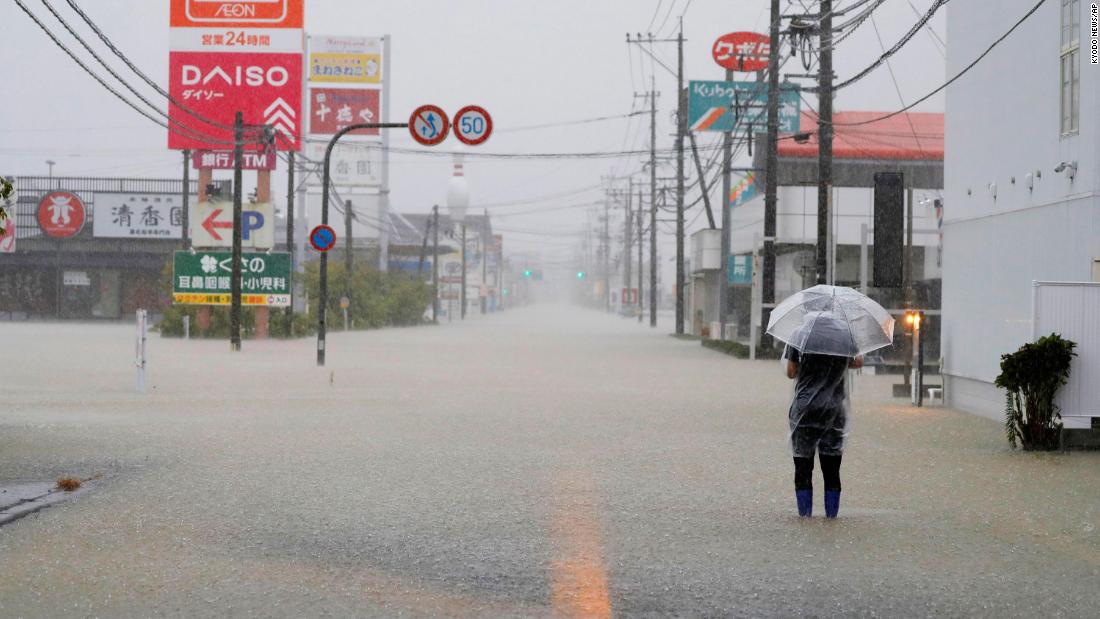 Three of those victims in Nagano prefecture’s Okaya City were presumed dead, though workers were able to pull out five people alive. Authorities said Friday that a 59-year-old woman in Unzen, Nagasaki prefecture, was killed after her home was destroyed in a landslide. Two of her family members remain missing but not yet presumed dead, local official Ai Iwaoka said Sunday.

Iwoka said more than 330 responders have been deployed to conduct rescue operations in Unzen.

“They are carefully searching for the missing residents while watching out for further mudslides and flood,” she said.

Parts of Japan have been inundated this summer with unprecedented downpours. Ureshino City in Saga prefecture, for example, has seen seen more than 1,000 millimeters of rain — more than three times the usual amount for one month — since Wednesday, according to NHK, Japan’s public broadcaster.

Weather officials say the rain front is likely to remain over Japan for about a week. The front is expected to gradually move eastward, bringing potentially devastating rainfall to large parts of eastern Japan.

“Please do not let your guard down just yet,” Kurora Ryuta, an official with Japan’s national weather agency, said Saturday. “We strongly advise you to take your local government’s warnings and instructions seriously. Please take whatever precautions you can to protect your life.”

The Japanese government on Saturday advised more than 5 million people to evacuate their homes due to the threat of flooding and landslides.

The strongest evacuation warning, Level 5, was issued on Saturday to more than a million people across the prefectures of Saga, Nagasaki, Fukuoka, and Hiroshima, according to public broadcaster NHK. Under a level-5 evacuation warning, the Japan Meteorological Agency urges people to protect their lives by evacuating immediately for higher ground.

That warning is still in place for more than 523,000 people in Chiba, Nagano, Shimane, Hiroshima, Fukuoka and Saga prefectures as of Sunday morning, according to Japan’s Fire and Disaster Management Agency.

The next-strongest warning, Level 4, was issued to 17 other prefectures, affecting more than 4 million residents.