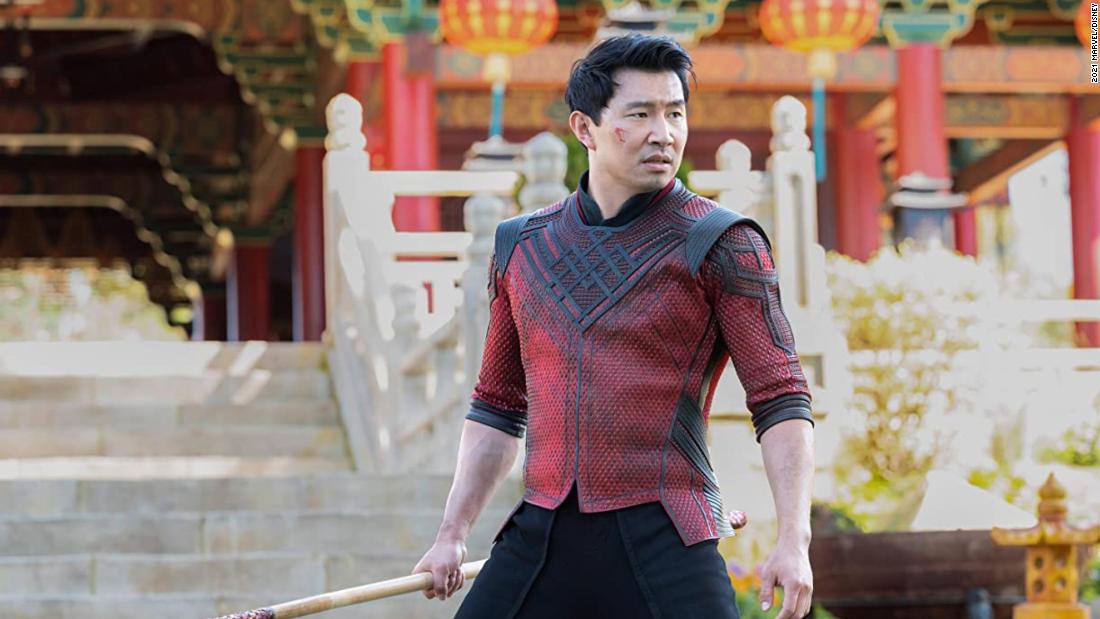 The martial arts superhero film featuring the Marvel Cinematic Universe’s first Asian-American title character, along with a mostly East Asian cast, has been compared to “Black Panther” in terms of its potential cultural significance.
Supporters of the film, directed by Asian-American filmmaker Destin Daniel Cretton, have launched multiple GoFundMe campaigns so hundreds of children and their parents can see the movie for free this week.

The Coalition of Asian Pacifics in Entertainment and Gold House, a non-profit that consults with Hollywood studios on behalf of Asian Americans in entertainment, hosted their second “Gold Open” screening of “Shang-Chi” in New York City on Monday after holding a premiere event at the El Capitan Theatre in Los Angeles two weeks ago.

The Marvel Cinematic Universe is the biggest film franchise on the planet right now, according to Gold House president Bing Chen, who said there’s a lot on the line this weekend for members of the AAPI community who want to see more Hollywood films and TV shows starring Asian Americans.

“If we can show that we can actually hold our own ground opening weekend through the biggest film franchise in the world, that is going to unlock other opportunities in other major franchises, as well as independent films, for AAPIs to lead,” Chen told CNN Business last week. “We’re two-thirds of the world and there are still people who don’t believe we can open films … A single movie does not change the world forever, but it does start to stoke it.”

“Shang-Chi” is the latest in a series of films with Asian lead characters to capture the nation’s attention at time when anti-Asian hate crimes have been rampant. “Minari,” a film centered on a Korean-American family that moves to Arkansas in search of its own vision of the American dream, was nominated for best picture at the last Academy Awards.
The honor came a year after the South Korean film “Parasite” took the top award at the Oscars.
In March, Disney released its animated epic “Raya and the Last Dragon” on Disney+, about seven months after offering the platform’s subscribers premiere access to see the live-action version of “Mulan“.
The importance of AAPI representation is something Chinese-Canadian actor Simu Liu, who plays the titular hero in “Shang-Chi,” has been vocal about since being cast for the role in 2019.
“When ‘Crazy Rich Asians’ came out three years ago, we celebrated that as the first studio movie with a predominantly Asian cast in almost 25 years,” Liu told Variety earlier this month. “I’m looking forward to the moment where we no longer celebrate firsts. We’re celebrating seconds, and thirds, and fourths and fifths. So I’ll take this moment for what it is. It is absolutely that watershed moment. … But I hope that there are many more just like it afterwards.”

Martial arts wizardry has been criticized as a stereotypical Hollywood trope of the Asian experience. But Ron Han, editor and chief of POC Culture.com, a website that celebrates diversity in pop culture, says “Shang-Chi” has something most martial films do not.
Han launched his own GoFundMe campaign earlier this month so that Asian kids at his local Boys and Girls Club in San Gabriel Valley, California, could see the film. He points out the biggest American martial arts stars of the last four decades — icons such as Jackie Chan, Jet Li, Donnie Yen and Tony Jaa — are East Asian. He said Asian Americans actually have much less representation in Hollywood action films than most people realize.

“This movie is very decidedly an Asian-American film and our community has largely been ignored because of the conflation with [East] Asia,” Han told CNN Business.

Disney has taken heat from fans on Twitter in recent weeks for deciding not to do a simultaneous theatrical and streaming release for “Shang-Chi” as the studio did for “Black Widow” in early July. Disney CEO Bob Chapek told analysts the film will have a 45-day theatrical window following its release Friday and will be available on Disney+ afterward. Some have criticized that decision for potentially compelling audiences to venture out to theaters while the Covid-19 Delta variant is surging in parts of the country.

But getting Americans out of their homes during a resurgent pandemic to go see a comic book hero many have never heard of may be Disney and Marvel’s toughest challenge, according to ComScore senior media analyst Paul Dergarabedian, who says both the studio and advocates for more Asian representation in Hollywood have a stake in Shang-Chi’s box office success.

“If you have a movie that bombs that’s trying to make a difference, it’s not going to make the difference you want it to make,” Dergarabedian told CNN Business last week.

Dergarabedian and Jeff Bock, senior media analyst for Exhibitor Relations, an entertainment industry research and data company, said an opening weekend US box office total of $50 million to $60 million is a solid benchmark for gauging Shang-Chi’s success. “Black Widow” set the bar earlier this year, earning more than $80 million during its first weekend in US theaters, but that was before the Delta variant reached its current crisis levels.

“A debut upwards of $60 million would be a great start for Marvel’s newest superhero,” Bock said.