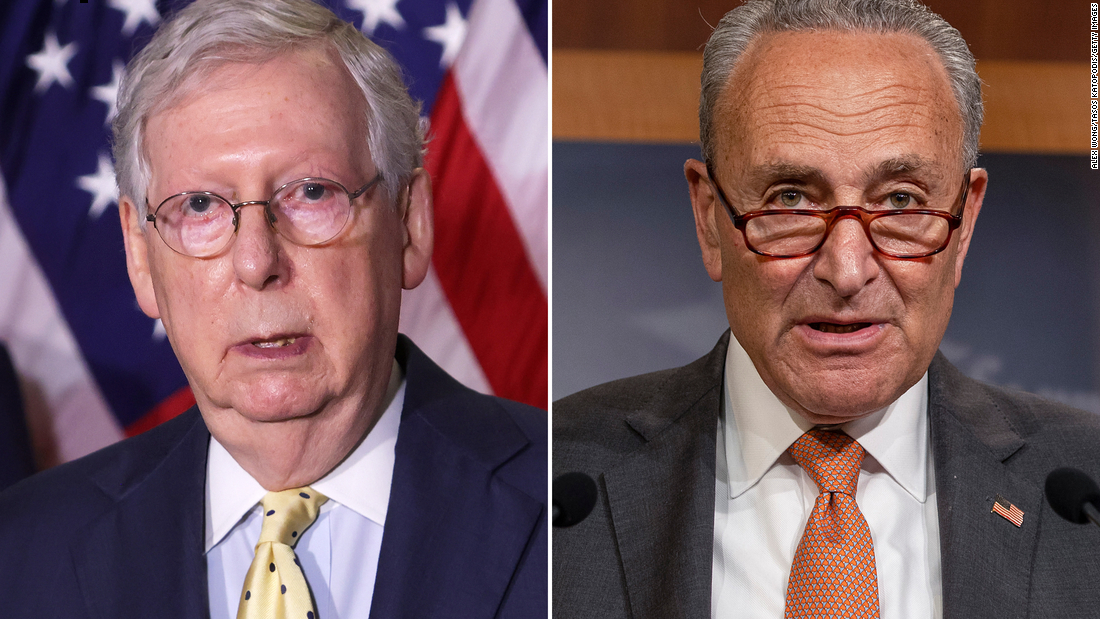 “Let’s start voting on amendments,” Schumer said Monday. “The longer it takes to finish the bill, the longer we’ll be here.”

Schumer said that Democrats will be working with Republicans to put together packages of amendments to the roughly $1 trillion bipartisan infrastructure bill, but they’re waiting on the GOP to consent to “start the amendment process.” In order for amendment votes to be scheduled, all 100 senators need to agree by unanimous consent to have the vote.

“At the moment, we need consent from our Republican colleagues to start the amendment process and we await their answer,” the majority leader said.

This comes after Schumer took steps late Sunday night to make the newly unveiled finalized language the base of the bill the Senate is considering.

The infrastructure legislation represents a major bipartisan achievement for a Congress riven by partisan division and if it passes will mark a significant victory for President Joe Biden as the White House pushes to enact a sweeping economic policy agenda.

Senate Democrats are pursuing a dual track strategy as they work to pass the bipartisan bill and plan to next turn to adopting a budget resolution that will lay the groundwork for passage of an even more sweeping infrastructure package that can be passed with only Democratic votes and include Biden priorities left out of the bipartisan bill.

The Senate has a scheduled recess beginning August 9, but Schumer has said he’ll keep the chamber in session until they pass both the bipartisan infrastructure bill and a budget resolution with reconciliation instructions, a necessary first step before Democrats can move forward on their $3.5 trillion social and environmental bill without any GOP support.

Senate Minority Leader Mitch McConnell on Monday praised the work of colleagues who pulled together the massive infrastructure bill, saying that although he’s “confident that out of the 100 of us who serve in this body, 100 will be able to find parts of the legislation that we wish were different” he believes the legislation is a “good and important jumping off point.”

But McConnell warned Schumer that “our full consideration of this bill must not be choked off by any artificial timetable that our Democratic colleagues may have penciled out for political purposes.”

“While I salute the hard work of my colleagues who produced the base text that’s now before us, their conversations can’t be the Senate’s last work. Senators on both sides expect and deserve opportunities to have a say and to put their own state’s imprints on this major bill,” he said. “Our bipartisan negotiators have already been taking this task very seriously. The American people need the Senate to continue taking it seriously as well.”

Schumer said Democrats offered to begin the amendment process “right away” on Sunday night after he filed the group’s finished legislative text, noting that three bipartisan amendments to the bill are ready for consideration.