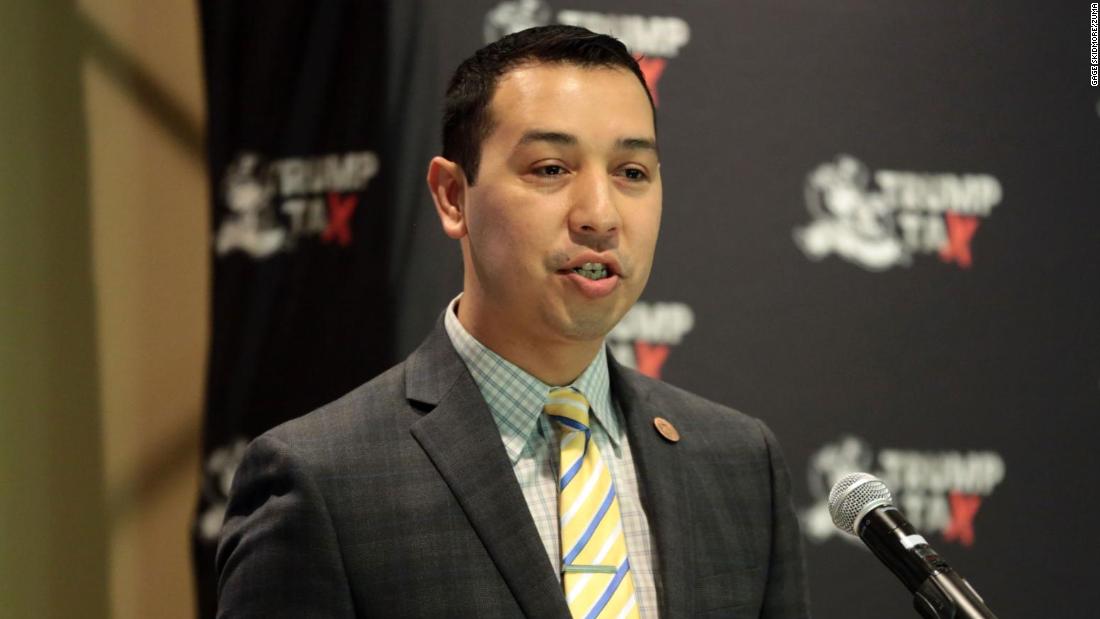 Republican Gov. Doug Ducey said in a tweet the allegations made against Navarrete “are abhorrent” and that the Democratic lawmaker “should resign immediately.” Members of the lawmaker’s party in the state Legislature have also called for him to step down, saying the charges “provide an untenable distraction” from his service.

Navarrete was elected an Arizona state senator in 2018, representing Arizona’s 30th District, and previously served as a state representative.

A now-16-year-old alleged victim said that Navarrete abused him multiple times when they were living in the same residence in Phoenix, starting when he was 12 or 13 and continuing until he was 15, according to the charging document filed in court in Maricopa County.

Investigators say they have an audio recording made Thursday of Navarrete apologizing to the victim.

The victim suffers from anxiety and anger issues stemming from the alleged abuse, the charging document states.

The teen’s 13-year-old brother also told police that Navarrete had touched his upper leg, prompting the boy to hit Navarrete’s hand, according to the charging document.

Navarrete and his attorney, Roland Rillos, did not comment on the allegations at his initial court appearance, in which Maricopa County Superior Court Commissioner Steve McCarthy set bond at $50,000.

Navarrete has not yet entered a plea on the charges. CNN has reached out to Rillos’ office for comment.

Following the appearance, Rillos said, “We have no public comment at this time but want to emphasize the importance of the presumption of innocence in this case,” according to the Arizona Republic.
Navarrete appeared electronically from isolation because he had revealed earlier in the week that he had tested positive for Covid-19.
Arizona Senate and House Democrats joined the governor in calling for the senator’s resignation, saying a statement Friday night that “the circumstances and serious nature of the felony charges faced by Senator Navarrete provide an untenable distraction from his role as an election official and public servant for District 30.”

“Abuse of this kind is intolerable and our hearts go out to the victims. He should do the right thing for all involved and immediately resign from the Legislature,” the statement continued.