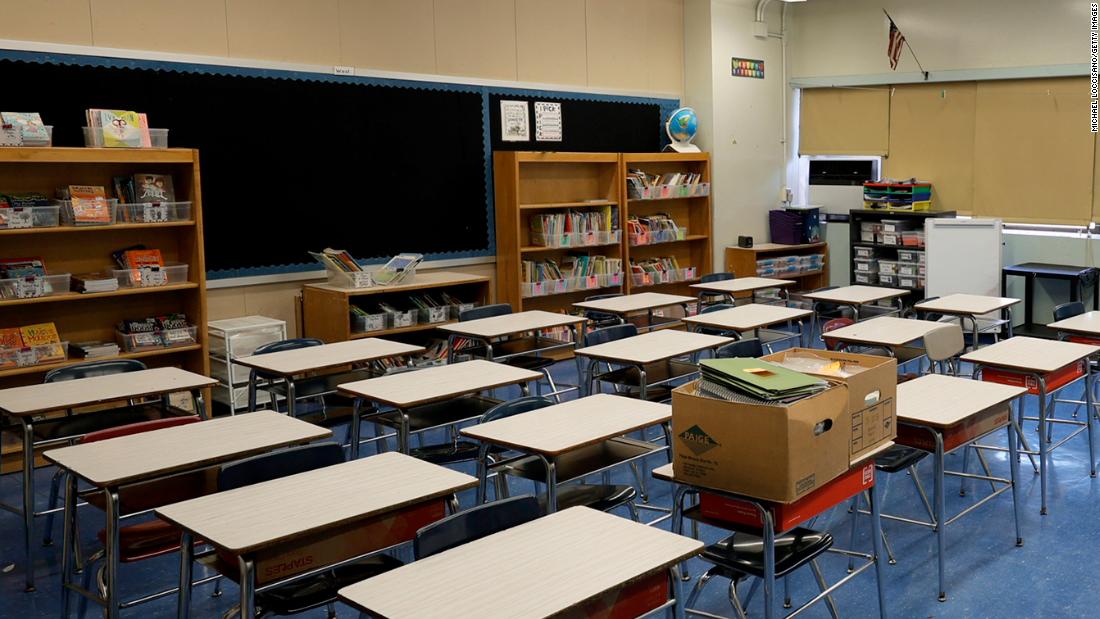 Other staffers reluctant to get vaccinated must be offered unpaid leave that maintains their health coverage or be given a severance package, according to a statement from the teachers union.

That unpaid leave would last until September 2022, and if the teacher did not get vaccinated and return to their job at that time, the system would assume they resigned, according to the UFT.

Staff who decline to take unpaid leave as an option would be given a severance package that included payment for unused sick days, along with health insurance, until the end of the year, the UFT said.

A New York City Department of Education spokeswoman said it will work directly with these employees to accommodate them.

“Nothing is more important to us than the health and safety of our staff, who show up in countless ways for New York City students,” Danielle Filson told CNN in a statement. “We are reaching out to these employees directly and will make the necessary accommodations for them.”

New York Mayor Bill de Blasio last month announced that all public school staff members are required to provide proof of vaccination of at least one dose of the Covid-19 vaccine by September 27.

CNN has reached out to de Blasio’s office and the New York City Law Department for comment.

Union president Michael Mulgrew said the city denied vaccine medical exemptions for teachers needing to work from home in the middle of an ongoing arbitration process this week.

“What the city started doing yesterday, we felt was in clear violation of all sorts of medical accommodation laws, medical issues and was in fact against what we were actually doing in our arbitration itself,” Mulgrew said in a virtual press conference on Friday.

“As a group, teachers have overwhelmingly supported the vaccine, but we have members with medical conditions or other reasons for declining vaccination,” Mulgrew said in a statement.

“After our demand for independent arbitration, the city backed off its initial position that all unvaccinated personnel be removed from payroll, and will offer out-of-classroom work for those with certified medical or other conditions,” Mulgrew said.