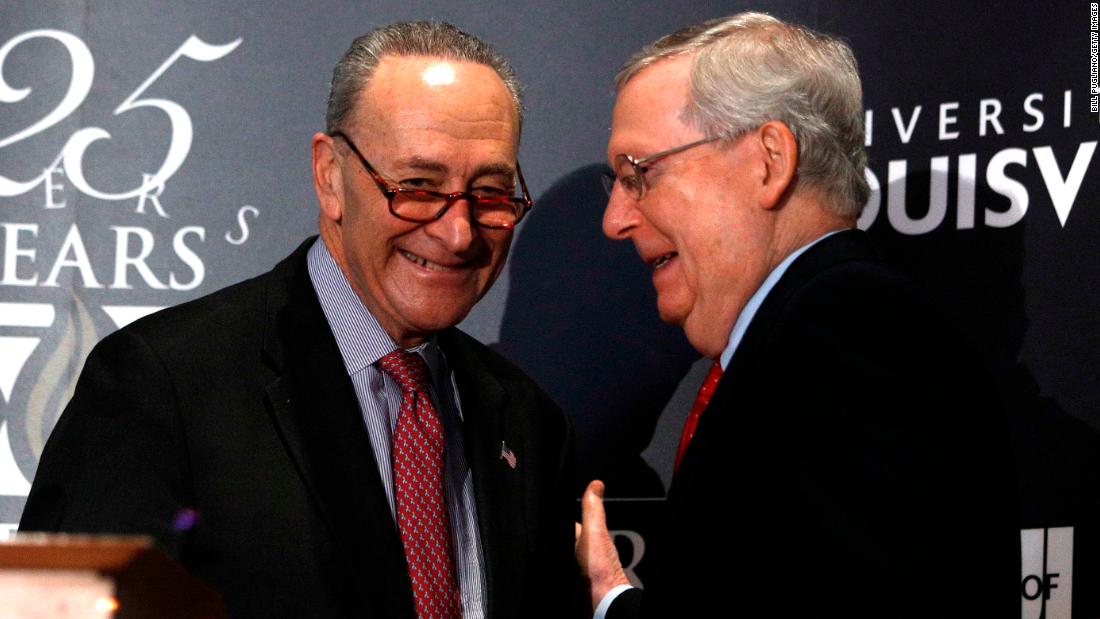 The issue is whether or not to increase the amount that the US government can borrow against itself before a certain date when it runs out of money. It’s all massive numbers and misunderstandings: Increasing the debt ceiling isn’t really about allowing the government to spend more money going forward. It’s about paying for the more money the government has already spent.

Think of the debt limit like a credit card. What raising the debt ceiling does is pay off the things you’ve already bought. It doesn’t allow you to go on a spending spree going forward.

And yet, Congress fights over it almost every single time it comes up.

The latest fight features Senate Minority Leader Mitch McConnell insisting that no Republican senator will vote to increase the debt limit, a move that would force Democrats to keep all 50 of their own senators in line to pass the increase on a purely partisan vote. McConnell wants to do this so that, when Democrats seek to push through their $3.5 trillion budget bill sometime soon, Republicans on the campaign trail can say they voted unanimously to stop that sort of out-of-control spending. (Again, worth noting here: Increasing the debt limit is about paying bills we’ve already incurred, not bills that we may incur going forward.)

Democrats — led by Senate Majority Leader Chuck Schumer — are doing the damndest to force Republicans into breaking with McConnell by, among other things, considering packaging the debt ceiling increase with legislation that would keep the government financed — and open — beyond the end of the month. The thinking there is that Republicans wouldn’t be willing to be part of a government shutdown solely to avoid raising the debt limit.

Democrats also make the case that the current debt limit — around $28.5 trillion as of August — is the result of former President Donald Trump’s massive tax cuts. “This is for Trump debt,” Sen. Dick Durbin told CNN. “You would think they would at least stand up and pay for the administration of that last Republican President.”
And here’s the little secret about raising the debt ceiling: Congress has never not done it. Why? Because the consequences of not doing it are far too dire for the country: The Treasury Department would default on its debts, badly damaging the country’s economic credibility around the world. In 2011, even the prospect that Congress would not raise the debt ceiling — spolier alert: They did! — led Standard & Poor’s to downgrade its ratings on US debt for the first time in 7 decades.

This then is a decidedly dumb debate. Members of Congress are engaging in its usual brinksmanship over a) whether to pay bills they’ve already rung up and b) knowing they will, eventually, find a way to raise the debt ceiling. Because they always do.