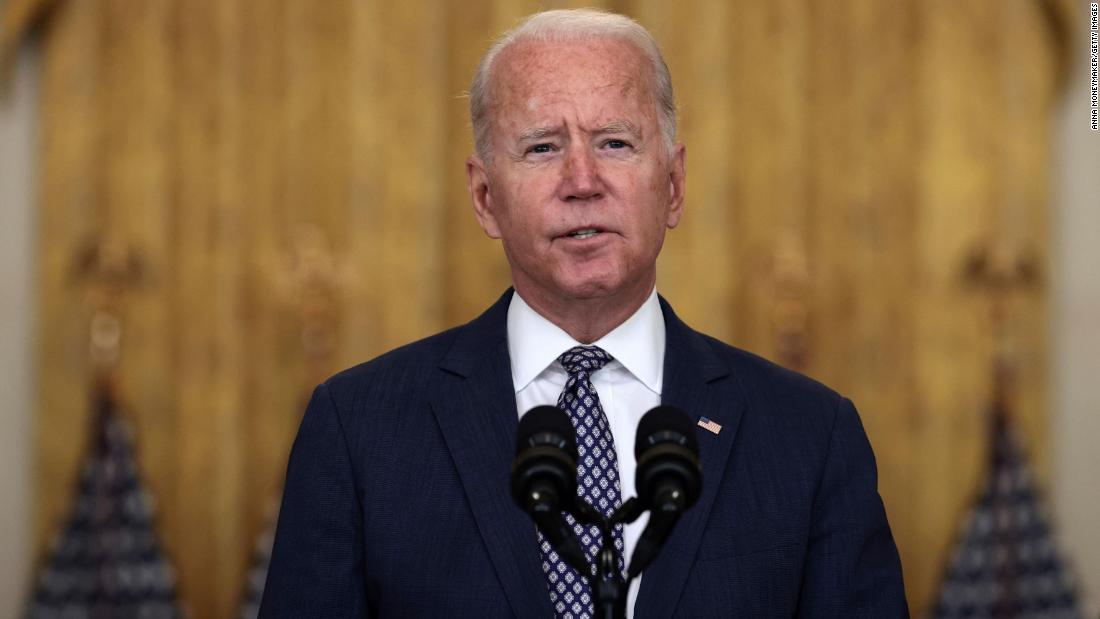 Even after 20 years, the conflict that ended with the lightning Taliban takeover represents a distant blur for most Americans. Only a small sliver of the US population has a personal connection to the war through service in the all-volunteer military. Its duration through years of diminishing troop levels and casualties led much of the public to tune the story out.

That reality means that neither side of the long-running debate on the war can unambiguously claim the upper hand in public sentiment.

“It’s a myth to say there was widespread public pressure on the administration to leave,” said Peter Feaver, a Duke University scholar on civilian-military relations. “The general public was ambivalent. This was a retreat of choice, not a retreat of necessity.”

Feaver served on the White House National Security Council under President George W. Bush, who launched the war in Afghanistan in late 2001. But Democratic opinion analysts aligned with Biden see the same ambivalence.

“If we have a big debate over who lost Afghanistan, most people aren’t going to tune in to watch,” says Democratic pollster Geoff Garin. “It’s just not an important question for a large majority of people.”

Biden’s public standing has remained remarkably stable through his first seven months in office. More Americans have approved than disapproved of his performance throughout.
But his numbers began to erode before the Taliban seized control of Afghanistan in the middle of the US withdrawal. A Gallup poll completed at the beginning of last week showed Biden’s approval at 49%, down from 56% in June.

Anderson ascribes that drop mostly to the resurgence of the coronavirus pandemic, which Biden has made his top presidential priority. The pandemic in turn heightens uncertainty about the economic recovery at a time Americans report growing worries about inflation.

On top of those problems, Afghanistan has now heaped nightmarish television images for any commander-in-chief: of fear, chaos, disorder, defeat. Even Americans who don’t follow news reports closely have heard about a major setback on Biden’s watch.

Much remains to be seen

The story remains far from over. Since the Afghan government and security forces gave way to Taliban control, no evidence has emerged of widespread loss of life.

US troops suffered no casualties as they regained control of the Kabul airport. If they can safely evacuate tens of thousands of American citizens and Afghan allies until, and perhaps beyond, Biden’s August 31 deadline, the White House can replace a story of initial humiliation and failure with one of competence and success.

“The impact of the images from the first day can and will recede if there’s some feeling that things have gotten better,” Garin said. “The feeling that (leaving Afghanistan) was the right thing to do will bounce back as long as nothing terrible happens.”

That sentiment resonates especially with important elements of the modern Democratic coalition, which relies on disproportionate support from younger voters. Millennials who grew up watching the agonizing struggles of US troops in Iraq and Afghanistan, Anderson said, are significantly less likely than their elders to support the projection of American military power abroad.

Among other voters, “I certainly don’t think there’s any kind of benefit waiting,” Anderson added. With past supporters of the war warning about rising risks of terrorism, “If there’s an attack, that changes a lot.”

An AP-NORC survey released early last week underscored the hazy outlook. It showed nearly two-thirds of Americans believe the war in Afghanistan wasn’t worth fighting. But just under half approved of Biden’s management of international affairs, and his approval rating ticked down slightly.

The Afghanistan outcome itself represents only part of the episode’s effect on Biden’s presidency. After public attention shifts elsewhere, it may influence how voters view Biden as he tackles issues closer to home.

That includes evaluations of his competence, character, judgment and reaction to adversity in the White House. In his public remarks last week, he responded defiantly to harsh criticism from the media and members of both parties.

If some observers found him excessively stubborn and defensive, the President also made clear it wasn’t polls that made him act on his long-expressed opposition to extending the war.

“It’s time to end this war,” Biden repeated on Friday. Under ferocious political attack, he left no doubt that he believes it.