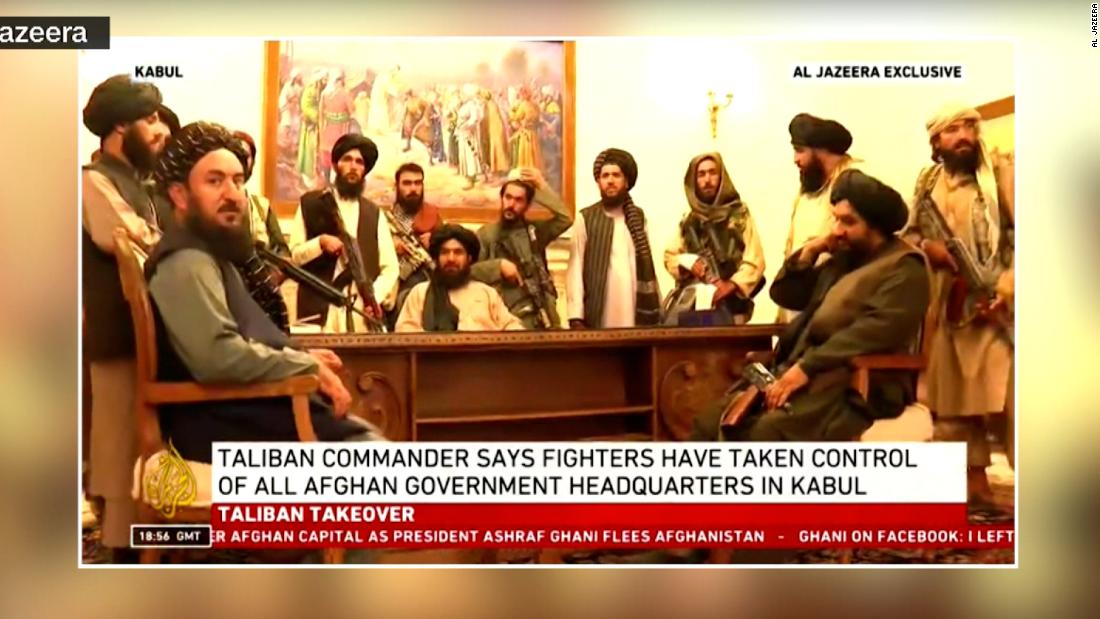 Long columns of black turbaned fighters immediately began to walk peacefully towards their enemies and, walking into their ranks, were asked, “What happened?”

Without the slightest shame, or doubt, their leaders had decided that they’d rather be on the winning side than die a pointless death. And so they’d surrendered, many opting to join the forces of the opposition.

But this does not mean the hard-core gave up on the Deobandist interpretation of Islam that had helped bring them to power in 1996, which also sat comfortably with their largely ethnic Pashtun culture.

The ideology originally grew among students, Talibs, of Islamic schools largely in exile in Pakistan, where refugees sought shelter from the failed Soviet invasion on their country in 1979. Fueled by money from the Arabian Gulf and backed by patrons within Pakistan’s intelligence agencies, Talibs distilled their version of Islam into a purist cult.

With Afghanistan torn by warlords, corruption and hatred, that cult was seen by many in Kandahar as the harsh law-and-order alternative to the horror they were living through. The Taliban rose up in their heartland in 1994, and in two years, they were able to charge through much of the rest of the country and take power.

Afghanistan’s government was always weak, intensely corrupt, dependent on foreign forces for its survival, riven by faction fighting and polluted by warlords.

So when the Afghan National Army was abruptly abandoned by the US and its allies earlier this year, the only question was: When will its commanders turn their own turbans?

In 2001, the Taliban were driven from power by the Northern Alliance and collections of other warlords because many Afghans had tired of their medieval interpretation of shari’a law, tired of being dominated by the southern Pashtuns, and above all, very angry at the destruction of the extremely lucrative opium trade.

Worth around $4 billion a year, it was — and is — Afghanistan’s main export, and a business that drew in rival chieftains (khans), the police, militia, Pakistani spies, trucking mafias and the Kabul elite.

In stamping it out, the Taliban made bitter enemies at home, just as it made dangerous foes of the rest of the Western world by providing al Qaeda with sanctuary before, during and after Osama bin Laden ordered the 9/11 attacks on America.

But the Taliban had never had an interest in international terror. Its support for al Qaeda was grounded in shared history. Bin Laden and his cronies had fought alongside the Afghan mujahideen, who’d resisted the Soviet occupation after 1979. They were old comrades, allowed to set up training camps and allowed to remain under the Pashtunwali, a tradition of cultural law that, among other things, protects guests.

During the Taliban insurgency of the last 20 years, its leadership — which NATO, the US and Kabul government say is backed by Pakistan — watched foreign forces get stuck in the quagmire of Helmand. They hemorrhaged, blood, treasure and public support for a distant and pointless war.

Two disastrous decisions in Helmand — first to invade it and second to try to destroy the opium trade — guaranteed that a peaceful farming province producing gigantic wealth would become a battleground and graveyard for foreign forces. The drug khans could be relied on by the Taliban to do most of the fighting against NATO. All the Talib had to do was help out occasionally.

The lesson for the students of guerrilla war was that, pretty soon, the West would lose its stomach for the fight. Since NATO had the watches, the Taliban had the time, as they liked to say — all they had to do was wait.

And take a tithe from the drug production that their fall from power allowed.

According to numerous western intelligence sources involved in drug eradication attempts, the Taliban did not primarily draw their funding from drugs. Experts and the UN maintain that they had diverse sources of funding, including private donors in the Gulf, from illegal mineral extraction and from taxes in areas they controlled.

Their return to power is a terrifying prospect for women. When last they ruled, females were forbidden to attend school. They were shrouded in burqas, condemned to life at home and seen as male possessions. An ultra-conservative interpretation of how pre-modern Pashtun lived was swept away amid an explosion in female education.

Women in the capital, Kabul, were able to start businesses, take part in politics, even in provincial governments and run ministries.

Small wonder that liberal Afghans are running for the airport now.

Their only hope may rest with the reality that the Taliban may, conceivably and probably only in the short term, offer concessions on women’s rights and even some protection of free speech.

In some of the provinces where they’ve ruled over the last 20 years, they have adapted their public relations, allowing limited female rights and, above all, earned a reputation for judicial probity that the central government system never achieved.

Now nearing power, the Taliban leadership may opt to follow a “Talib-Lite” approach.

It’s almost certain that they’ll offer no succor to Islamic State militants who’ve largely replaced al Qaeda as the leading global brand behind international Islamist terrorism. Over the last five years, the Taliban have successfully stamped out most attempts by ISIS rivals to gain ground.

While the pro-western government was in power, its intelligence leaders played up the al Qaeda threat — but there’s little evidence that the Taliban have offered it active support.

There’s every reason to assume that, as there’s no upside to promoting international terror and no ideological support for it within their movement itself, a resurgence of al Qaeda under the Taliban is unlikely — though a UN report recently warned the two groups remain “closely aligned.”

The Taliban are sweeping back to power. But they know that this is because so many have turned turbans that can be turned again.