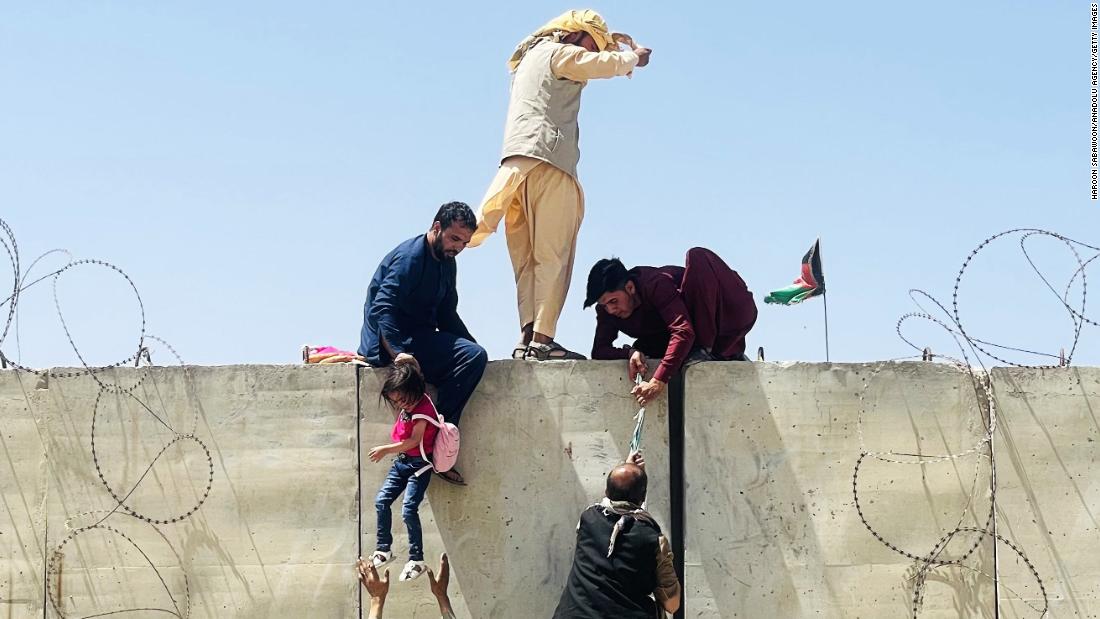 As harrowing pictures of Afghans clinging to US cargo jets in a desperate bid to escape the Taliban circulate, everyone in Washington is asking a version of the same questions: Did President Joe Biden misread intelligence about the imminent collapse of the Afghan government and armed forces? Did US spy agencies fail to pick up the Taliban surge, which led to the collapse of numerous provincial strongholds and Kabul within days? Or did the President simply ignore the evidence in his zeal to end a military misadventure and reap a political win?
The imagery from Afghanistan is deeply damaging to Biden politically and paints a disastrous picture of a nation that has long seen itself as a global leader and guardian of democracy, human rights and humanitarianism. Biden did admit in an address to the nation that the Taliban triumph had unfolded more quickly than he had expected, after repeatedly dismissing the idea that the fundamentalist militia could quickly capture Afghanistan.
As he seeks to stabilize his reeling administration, Biden tried to reframe the issue into a question of whether the US should leave its longest war or keep fighting — conveniently ignoring the question at hand: Did the White House botch its pullout in a way that caused chaos — and could expose thousands of Afghans linked to US forces to a vicious backlash?
Instead, Biden placed blame almost everywhere else. He implicitly rebuked previous presidents for allowing the 20-year war to go on so long. He lambasted Afghan leaders and their soldiers for not putting up a fight after years of US funds and training (an easy and rather callous point to make from the safety of the East Room’s ornate, gold-curtained splendor.)

Biden rightly rounded on ex-President Donald Trump for how he had negotiated the US exit from Afghanistan to begin with, cutting the Kabul government out of the loop and doing almost nothing to offer refuge to Afghans who worked as translators or fixers or fought with US forces. Republicans savaging Biden’s strategy now are effectively condemning him for following a path that Trump set.

But Biden has been President for seven months. While Trump did incalculable damage, liberals in the media and Twitter cannot blame his predecessor forever. “I am President of the United States of America. The buck stops with me,” Biden said.

It just didn’t sound like he completely believed it.

Meanwhile’s inbox was busy with reader analyses and questions as the Taliban advanced in Afghanistan. Here are some selected comments — send yours to meanwhile@cnn.com.

“What is the reason and cause of the speedy advancing of the Taliban? This cannot have happened out of nowhere. They must have had some orchestrated help from somewhere. Who is behind all this and why could this not be stopped? It is like the spreading of the plague or Covid-19, covering most of the country in no time,” said Christine in Munich. “What has happened to push this that no one seemed to have noticed?”

Karen in Denmark echoed the call made by many to evacuate Afghans who once helped American forces — and who now risk retribution from the Taliban: “Afghans must learn to take responsibility for their own country and stop blaming the US and allies for their problems. But please US and allies get the persons who worked for you out of the country, if they wish to. Send as many planes as needed. No excuse to leave them behind!!”

Meanwhile, Kari in Finland objected to comparisons between the US evacuation from Afghanistan and the fall of Saigon. “There has been NO ‘blitzkrieg’ in Afghanistan. The ‘army’ and ‘security’ units have not offered resistance at all. Krieg means war — there is no krieg against Taliban. They just drive from city to city waving their flags and guns. There has been no serious fighting! … Nothing like Saigon.”

Alex lamented Washington’s lost credibility as a champion of democracy. “It is a sad day for the USA. After years and years of lies to their own people and wrapping them selves in the flags and the patriotic jargon which was nothing short of outright lies. Now the foreign diplomacy of the US is in tatters.”

And it all boils down to America’s poor timing for Sue, who wrote: “The original purpose — to take care of those who were responsible for the attack on this nation in September 2001 — ended with the elimination of the one who ordered the hit: Osama Ben Laden. That is when troop withdrawals should have begun.”

“With horror, the world is watching the result of another historic Washington experiment,” Russian Foreign Ministry spokeswoman Maria Zakharova posted Sunday on Facebook as the Taliban marched on the Afghan capital. To drive her point home, Zakharova posted an excerpt of a news conference given by US President Joe Biden just over a month ago, when he was asked if a Taliban takeover of Afghanistan was inevitable.

“Judge for yourself,” Zakharova wrote.

Russia has already announced that it has working contacts with the Taliban, whom it described as restoring “public order.” Read more.

‘A clearer demonstration of US impotence than the Vietnam War’

Chinese state media, meanwhile, reported on America’s “humiliation” in Afghanistan with relish, using scenes of the chaotic US evacuation and swift resurgence of the Taliban as proof of the superiority of China’s hands-off approach to other countries’ internal affairs.
“The drastic change in Afghanistan’s situation is undoubtedly a heavy blow to the US. It declared the complete failure of US intent to reshape Afghanistan,” the state-run tabloid Global Times said in an editorial published late on Sunday night. “This defeat of the US is a clearer demonstration of US impotence than the Vietnam War — the US is indeed like a ‘paper tiger.'” Read more.