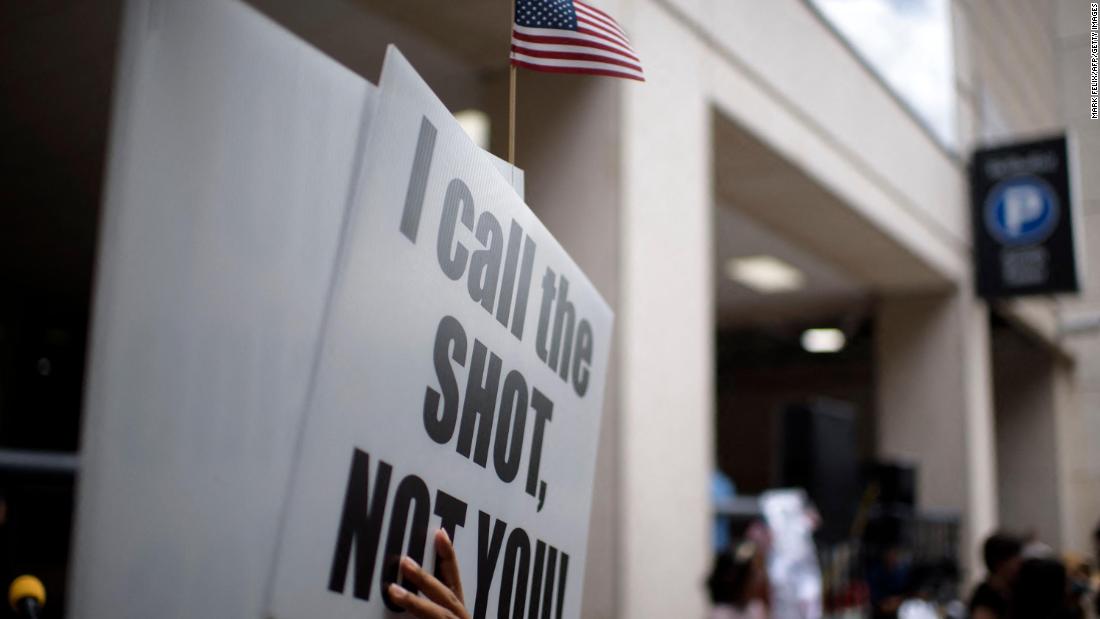 Why, you ask, are people taking a medicine meant for horses and cows? Because some irresponsible Republican elected officials and conservative media have spent months touting ivermectin as an effective treatment for Covid-19.

Wisconsin Sen. Ron Johnson, who appears to have never met a conspiracy theory he was unwilling to embrace, has been at the leading edge of pushing ivermectin as an effective treatment for the virus.

In late 2020, he held a hearing — as chairman of the Homeland Security and Governmental Affairs Committee — that featured not one but two doctors who advocated for the use of ivermectin to treat Covid-19.

And Johnson has continued to push the drug in the intervening months. In June, he was suspended from YouTube for a week after posting remarks made at the Milwaukee Press Club where he touted ivermectin as well as hydroxychloroquine. (In response, Johnson said that “YouTube’s ongoing Covid censorship proves they have accumulated too much unaccountable power.”)
As recently as last week, Johnson was touting ivermectin via his official Senate Twitter account, praising a doctor who supports the medicine’s usage for his “courage and compassion.”

(Sidebar: Neither Johnson nor Ingraham are medical doctors or trained scientists. I know this shocks you.)

As The Washington Post’s Aaron Blake deftly documented, Ingraham has been banging the drum on the efficacy of ivermectin since at least late 2020, when she had a doctor on her air praising hydroxychloroquine and ivermectin as “very successful and very safely used in most of the world.”

By February, Ingraham was saying things like “you have hydroxychloroquine, which of course got political and totally maligned, ivermectin, vitamin D, zinc — all of it’s good to take.” By March she was insisting that ivermectin was being “used around the world to reduce Covid hospitalizations and deaths.”

Now, there are formulations of ivermectin approved for human use in the United States, but it’s intended for intestinal parasites and conditions such as head lice and rosacea.

The problem with all of this? The study on which Johnson, Ingraham and the rest of the ivermectin supporters base their conclusions that it has efficacy against Covid-19 has been retracted. As Nature noted earlier this month:

“Throughout the pandemic, the anti-parasite drug ivermectin has attracted much attention, particularly in Latin America, as a potential way to treat COVID-19. But scientists say that recent, shocking revelations of widespread flaws in the data of a preprint study reporting that the medication greatly reduces COVID-19 deaths dampens ivermectin’s promise — and highlights the challenges of investigating drug efficacy during a pandemic…

“…The paper summarized the results of a clinical trial seeming to show that ivermectin can reduce COVID-19 death rates by more than 90% — among the largest studies of the drug’s ability to treat COVID-19 to date. But on 14 July, after internet sleuths raised concerns about plagiarism and data manipulation, the preprint server Research Square withdrew the paper because of ‘ethical concerns’.”

Another significant problem is that many of the people who are getting their hands on ivermectin currently aren’t even getting the version made for humans. Animal versions can be highly concentrated and dangerous for humans.

Then, on Saturday, the US Food and Drug Administration — seeing the reports on ivermectin use — felt the need to tweet this: “You are not a horse. You are not a cow. Seriously, y’all. Stop it.”
The tweet linked to an article on the FDA website headlined: “Why You Should Not Use Ivermectin to Treat or Prevent COVID-19.”
(Johnson, for his part, tried to clarify Tuesday that he had never advocated people taking ivermectin meant for animals. “I have advocated for early treatment of Covid, never a veterinarian grade drug,” he tweeted Tuesday night. “Any suggestion otherwise is a grotesque lie.”)

What’s truly remarkable in the growing number of people willing to ingest a drug primarily meant for animals is that many of these same people refuse to take any of the three Covid-19 vaccines. These vaccines have been authorized for emergency use — and now the Pfizer vaccine has full FDA approval. All three vaccines have produced minimal side effects in the 171 million Americans who are now fully vaccinated against the coronavirus. Vaccines are highly effective in preventing severe disease and death from Covid-19, even from the Delta variant. Vaccines are not meant for horses or cows.

As with the hydroxychloroquine hype — largely fostered by then-President Donald Trump in 2020 — it seems as though there is a segment of Americans looking for any way to avoid listening to the medical community when it comes to the best ways to avoid getting Covid-19 and to treat it if you do happen to become infected.

Owning the elites by taking a horse pill rather than getting the vaccine is really a telling commentary on just how much blind partisanship has taken over among Trump conservatives. Telling — and terrifying.