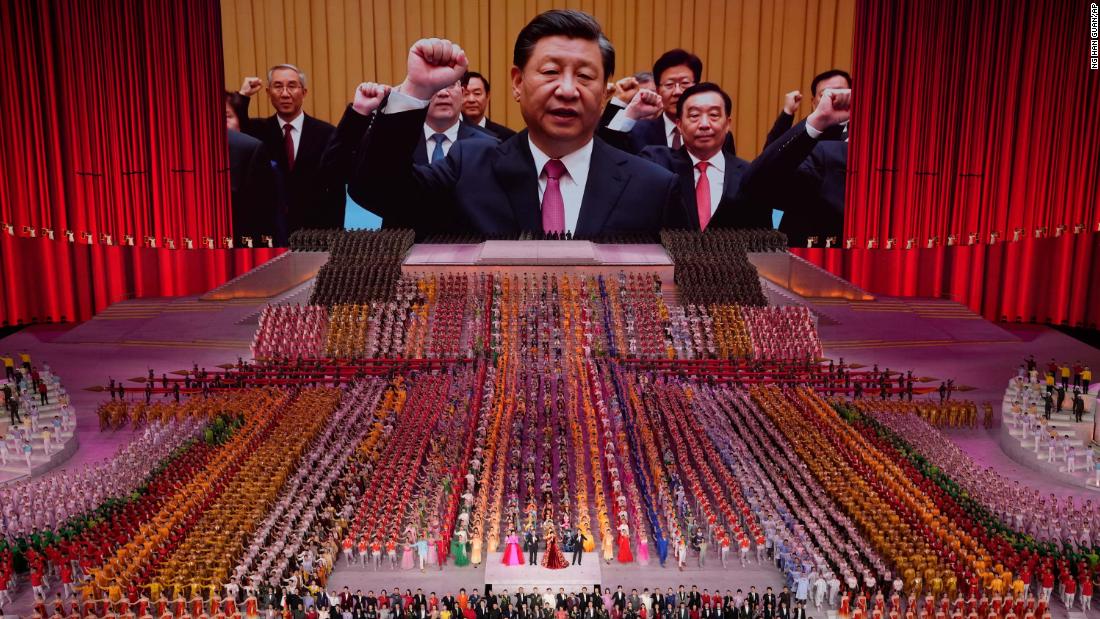 Since celebrating its centennial with great fanfare in July, the party has imposed a flurry of regulations telling Chinese people, especially the younger generation, how to live their everyday lives.

The sweeping new rules dictate how much time kids can play video games, when and how students can take after-school classes, which entertainers with what type of looks people can watch on TV, and what kind of activities fans can take part in to support their celebrity idols.

These policies have received varying degrees of public support. The tough restrictions limiting minors to three hours of video gaming a week have been applauded by many parents at a loss at how to curb their children’s gaming habits. The ban on “effeminate” male celebrities in entertainment shows, meanwhile, has drawn widespread criticism for promoting gender stereotypes and discrimination.

The measures are the latest attempt by President Xi Jinping to reassert the party’s dominance in shaping the private lives of Chinese citizens, marking a significant departure from the more hands-off direction Chinese leaders had taken in recent decades past.

Personal freedoms have come a long way in China under Communist rule. During Chairman Mao Zedong’s tumultuous reign, the revolutionary zeal for collectivism overrode the wishes of the individual, often leading to devastating, deadly consequences. Expression of individualism was all but wiped out during the Cultural Revolution, a dark decade of social upheaval unleashed by Mao in 1966 when thought, speech and even attire were restricted.

After the Cultural Revolution, which ended only with Mao’s death in 1976, China pivoted away from “class struggle” and focused on reforming and opening up its economy. As the party dismantled the planned economy and shook up state-owned enterprises, it gradually retreated from the private lives of Chinese people.

Rapid economic growth and growing exposure to the outside world presented many Chinese with a variety of new lifestyle choices. While political control remained stringent, especially after the Tiananmen Square crackdown in 1989, the party offered an ever-expanding degree of economic and social freedoms in exchange for the absence of political pluralism.

Under Xi, however, that unspoken deal appears to have begun to falter, as the Communist Party seeks to reinsert itself into the center of Chinese life.

Analysts say the party’s intrusion into private life has been long in the making, following its tightening grip on virtually every other aspect of Chinese society and the economy in recent years — from clamping down on civil society to reining in the country’s tech giants.

“Now with the regulations on entertainment and so on, it does feel like all the realm of choices is significantly narrowing,” said Dali Yang, a professor of political science at the University of Chicago.

The state as a parent

The recent policies are heavily tinged with paternalistic overtones and focus primarily on the country’s youth, who the party worries have become victims of what it sees as the greedy quest for profits by private companies and the undue influence of Western values.

Last month, a state media commentary called video games “spiritual opium,” which it said had “a negative impact on the physical and mental health of minors.”

“”Spiritual opium’ has grown into an industry worth hundreds of billions,” the commentary said. “No industry, no sport can be allowed to develop in a way that will destroy a generation. (Protecting) the growth of minors should always come first.”

Weeks later, the Chinese government barred minors from playing online games on school days. They are only allowed an hour of play time between 8 p.m. and 9 p.m., on Friday, weekends and public holidays.

On August 28, the state-run Guangming Daily lashed out at male stars for appearing on idol dramas and variety shows in “thick makeup, coquettish clothing and appearing androgynous,” warning of their “pernicious influence on the aesthetic taste of young people.”

The party also took aim at the private tutoring industry, which it blamed for piling excessive pressure on students and preventing them from becoming more well-rounded children. But critics say the crackdown did little to ease the anxiety of parents or address the root cause of the academic rat race — namely the scarcity of good schools and universities in contrast to the huge number of students in China.

“The state is trying to take over some of the functions of being a parent in some way, helping them or trying to help,” said Yang at the University of Chicago.

“But of course we know how limited (its effect) could be over the long haul, especially when we have a tremendous generational difference here,” he added.

Unlike Xi and his colleagues born in the Mao era, young people in China today have grown up with an abundance of choices — freedoms that are hard to take away once people have grown accustomed to them.

Jean-Pierre Cabestan, a political science professor at Hong Kong Baptist University and expert on Chinese politics, said if continued, the party’s micromanagement of their private lives is likely to “make a lot of enemies” among younger generations.

“At the time of Mao it was easy, because he mobilized the Red Guards and people were faithful to him, and China was isolated…from the outside world. It’s not the case anymore,” he said. “So they have to be much more careful and selective in intruding into people’s private life, and I think they will face more resistance.”

While open dissent is unlikely, people could always find ways to go around the rules and feign compliance, he added.

Wu Qiang, an independent political analyst in Beijing, said the policies are part of Xi’s effort to remold the Chinese youth into fitting successors of his new era.

“As Xi prepares to start his third term in power at the 20th Party Congress next year, he wants to cultivate a generation of young people that belong to him,” Wu said.

Xi has previously stressed the importance of “unifying thoughts,” likening the development of correct values during adolescence to buttoning a shirt. “If the first button is done wrong, the rest will be buttoned wrong.”

To cultivate loyalty and compliance to the party — and to Xi himself — students from primary schools to universities are required to study Xi’s political philosophy starting from this academic year. The courses are a compulsory subject in the curriculum, taught with a series of stand-alone textbooks devoted to Xi Jinping Thought on Socialism with Chinese Characteristics for the New Era.

That has prompted comparisons to Cultural Revolution, when the cult of personality around Mao reached a frenzied state, with the country’s youngsters fervently studying his wisdom in the Quotations From Mao Zedong — known as the “Little Red Book.”

But unlike Mao, who encouraged the young Red Guards to attack the party establishment and unleash chaos across the country, Xi wants the youth to “listen to the party, follow the party” and become a constructive force in achieving his ambition of restoring China to a great global power.

“The future belongs to the youth,” Xi said in a speech marking the party’s centennial in Beijing’s Tiananmen Square on July 1.

“Chinese youth of the new era should set the rejuvenation of the Chinese nation as their mission, strengthen their ambition, backbone and confidence of being a Chinese…and not let down the expectations of the party and the people,” he said.