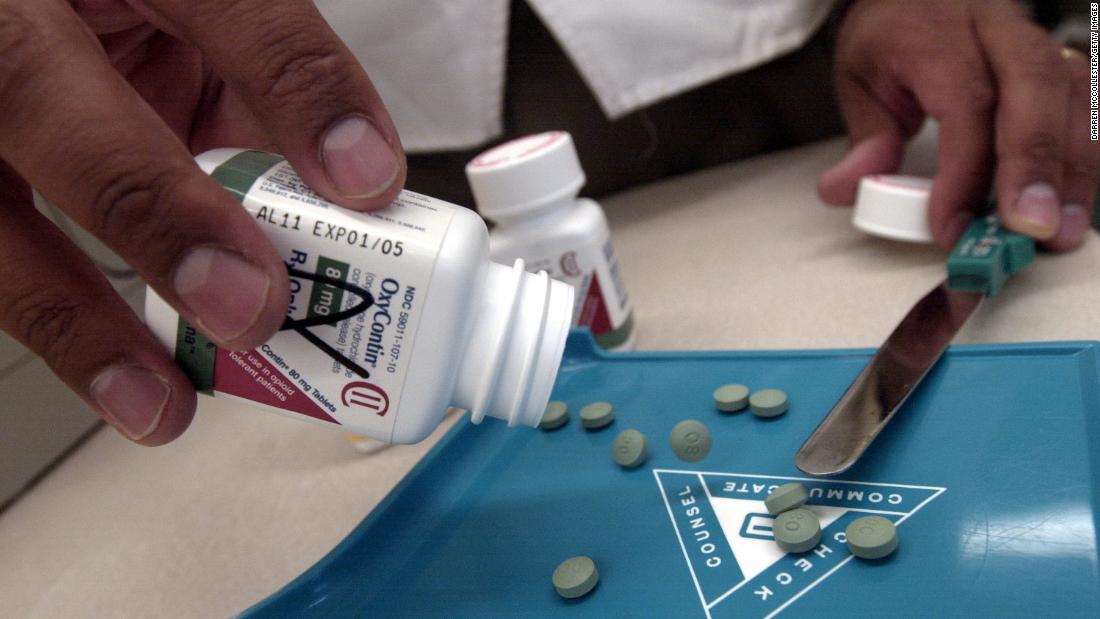 That’s the annoying takeaway from a newly approved bankruptcy settlement that will let the most notorious drug pushers in history, who got the country hooked on painkillers that claimed hundreds of thousands of lives, get immunity from future lawsuits related to the opioid epidemic they helped create.

Not everyone has bought into the deal and it will certainly face appeals in court.

For now, the Sackler family, whose company Purdue Pharma developed and pushed OxyContin, which it said was not addictive, and made them billionaires in the process, will pay money — $4.3 billion for individual payments to victims of opioids and addition programs.

But the family itself won’t suffer much. Their current wealth may exceed $11 billion, according to Forbes. One issue here is the wealth they’ve extracted from the company is hidden in a bramble of companies, trusts and real estate. Read more details on the bankruptcy deal here.
Other companies, including Johnson & Johnson could also agree to settlements, perhaps worth far more money. But it’s Purdue and the Sacklers most linked to the opioid crisis.

Who supports this deal? In addition to the company’s creditors, it was signed off on by a federal bankruptcy judge in New York. It also has grudging support from most state governments, who want to make sure the Sacklers pay something, even if they are immune from future lawsuits.

Who opposes the deal? Nine states have said they might appeal. Washington attorney general Bob Ferguson said it “lets the Sacklers off the hook” and “sends a message that billionaires operate by a different set of rules than everybody else.” The US Department of Justice could also join the appeal.

The Sacklers will not have to admit guilt or any wrongdoing, but they do face other penalties.

Publication of that data could be a remarkable development and change the way Americans view the drugs they’re sold.

Criminals? Yep. That Purdue Pharma, where Sacklers sat on the board, broke the law is not up for dispute.

The company twice admitted criminal wrongdoing, in 2007 and 2020, and in the years between, as hundreds of thousands of Americans were dying from opioid addiction, the Sacklers were pulling more billions from the country into their personal fortunes.

The company first admitted to criminal behavior misleading regulators and the country about Oxycontin in 2007, and agreed to pay $700 million as part of a case brought in Virginia.

In 2020, the company again admitted criminal wrongdoing, agreeing to an $8.1 billion settlement with the government and, while family members were not charged in the proceeding, for the Sacklers to kick in $225 million.

But, since the family had already extracted billions from the company, it didn’t have the billions to pay criminal fines, which made the US government just another creditor in the bankruptcy.

Which brings us to today.

The deal does protect members of the family from criminal charges, but there are not currently any of those.

Bankruptcy is a sneaky way to stop lawsuits. Companies and organizations have taken to using bankruptcy court settlements to shield themselves from lawsuits. A proposal in Congress would seek to end that process, variations of which have been utilized by USA Gymnastics and the Boy Scouts to avoid lawsuits.
USA Gymnastics on Tuesday proposed a $425 million settlement with sexual abuse victims as part of bankruptcy proceedings begun in 2018 after the Larry Nassar sexual abuse scandal.

Even supporters of the deal have said it uncovers a kink in the Justice system.

“This case has also shown us that our legal system needs to change so that billionaires are never allowed to manipulate the bankruptcy system,” said Massachusetts Attorney General Maura Healey, at a press conference announcing her support for the outline of the deal back in July.

Where is the Sackler fortune? In the years between Purdue’s first and second criminal settlements, the Sacklers were busy reaping billions in profits from Purdue, burying billions in the US and other countries, which would make it very difficult to claw them back in lawsuits.

Are the Sacklers sorry? Doesn’t seem like it. The bankruptcy judge Robert Drain, noting they wouldn’t have to admit wrongdoing in the settlement, said, “a forced apology is not really an apology, so we will have to live without one.”

During congressional testimony in December of 2020, the former Purdue Pharma board member Kathe Sackler said she had no regrets.

“There’s nothing I can find that I would have done differently,” she said.

All the while they kept pushing their drugs. The cycle of opioid addition that’s cost 500,000 American lives over 20 years, according to the CDC — half of those deaths from prescription drugs and many of the others tracing their way back to prescription drugs — continues today.