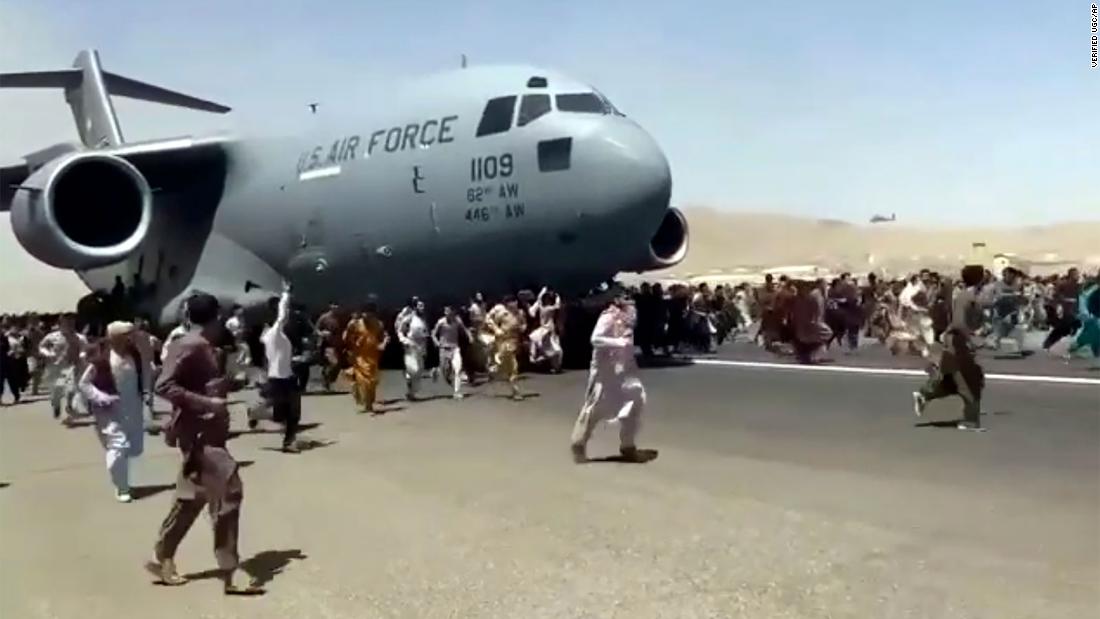 So whose fault is it really? That’s a very difficult question to answer — particularly because in a situation as complex as the US involvement in Afghanistan, there’s enough blame to go around. (George W. Bush and Barack Obama, among others, also surely deserve blame, but they’ve since effectively retired from the Washington scene and won’t pay the same kind of political price.)

But I thought it would be useful to break down the case(s) for blaming each of the big figures in this Afghanistan withdrawal. They’re below (and listed in alphabetical order by last name).

* Secretary of Defense Lloyd Austin: The White House and Pentagon had warned in advance of last week’s suicide bombing that a credible threat of mass violence existed before the explosion that killed more than 100 Afghans and 13 members of the American military. A US defense official told CNN the day before the attack that “a very specific threat stream” from ISIS-K about planned attacks against crowds outside the airport had raised concerns for the Pentagon. The foreknowledge of the possibility — and the inability to stop the attack anyway — suggests some kind of a breakdown somewhere between the US military and intelligence chains. Austin also was in Kabul in March — and met with President Ashraf Ghani and other top officials during that stop.
* President Joe Biden: “I am President of the United States of America, and the buck stops with me,” Biden said in an address to the country on August 16. Yup. While Biden was operating under an agreement negotiated by his predecessor — more on that below — he still made the decision to set the deadline as August 31. This was done, at least in part, for political reasons — so that on the 20th anniversary of the terrorist attacks of September 11, 2001, Biden could tell the country that he had ended American involvement in our nation’s longest war once and for all. Biden also pitched his competence on the 2020 campaign trail; he cast himself as the steady hand on the tiller of state that the country needed after four years of Donald Trump. That image makes his seeming surprise at the rapidity of the collapse of the resistance to the Taliban all the more shocking.
* Secretary of State Antony Blinken: In mid-July, a classified cable was sent to Blinken by a group of diplomats warning that “swift action needed to be taken because they believed the situation in Afghanistan could rapidly deteriorate and they feared a catastrophe,” according to CNN’s Kylie Atwood. And that so-called dissent memo was sent, according to Atwood, as a sort of last-ditch attempt to get Blinken’s attention following “previous warnings and recommendations they had made were being ignored and labeled alarmist.” Blinken had been all over TV in the last weeks insisting that the fall of Kabul is nothing like the fall of Saigon, even as the images coming back from the Afghan capital make it look eerily familiar to the end of the Vietnam War. Blinken has also long held that the US needed to set a date certain for troop withdrawal from Afghanistan; it’s why the late Sen. John McCain opposed Blinken’s nomination as deputy secretary of state in 2014. “This individual has actually been dangerous to America and to the young men and women who are fighting and serving it,” McCain said of Blinken at the time.
* National Security Adviser Jake Sullivan: With the possible exception of Blinken, Sullivan has been the most prominent face of the administration amid the collapse of its withdrawal plan in Afghanistan. That’s never a good place to be when the public demands someone pay the price for the loss of American lives. “While [Sullivan] knows all the theories and academic arguments in foreign policy, his overseas experience is less robust. It can lead to the disconnect between ideas and implementation,” wrote Brett Bruen, a former Obama administration staffer who has worked with Sullivan wrote in an op-ed earlier this month. “Yes, Biden wanted out of Afghanistan. It was on Sullivan to figure out how to achieve the president’s goal while ensuring we avoided potential pitfalls and problems. That’s clearly not what happened.” In an appearance Sunday on CNN, Sullivan promised “safe passage” for any Americans or Afghans who want to leave the country after the Tuesday deadline. That could well be a statement he regrets — particularly if there are high-profile incidents of people in those categories not being able to get out of the country at some point in the future.
* Former President Donald Trump: Although he’d love for you to forget it, it was Trump’s administration that negotiated a peace deal/withdrawal plan with the Taliban way back in February 2020. And as recently as April of this year, Trump was praising Biden for the decision to make good on the withdrawal deal — and even insisted American troops should be coming home sooner. “We can and should get out earlier,” Trump said in mid-April. “Nineteen years is enough, in fact, far too much and way too long.”

A larger look across the coverage of the American troop withdrawal from Afghanistan suggests Sullivan and Blinken have received the lion’s share of blame — which, of course, makes them the most obvious targets for possibly being fired by Biden if he needs someone to blame.

Biden has been reluctant to do that so far — but with 13 American troops now dead, has his calculus changed?