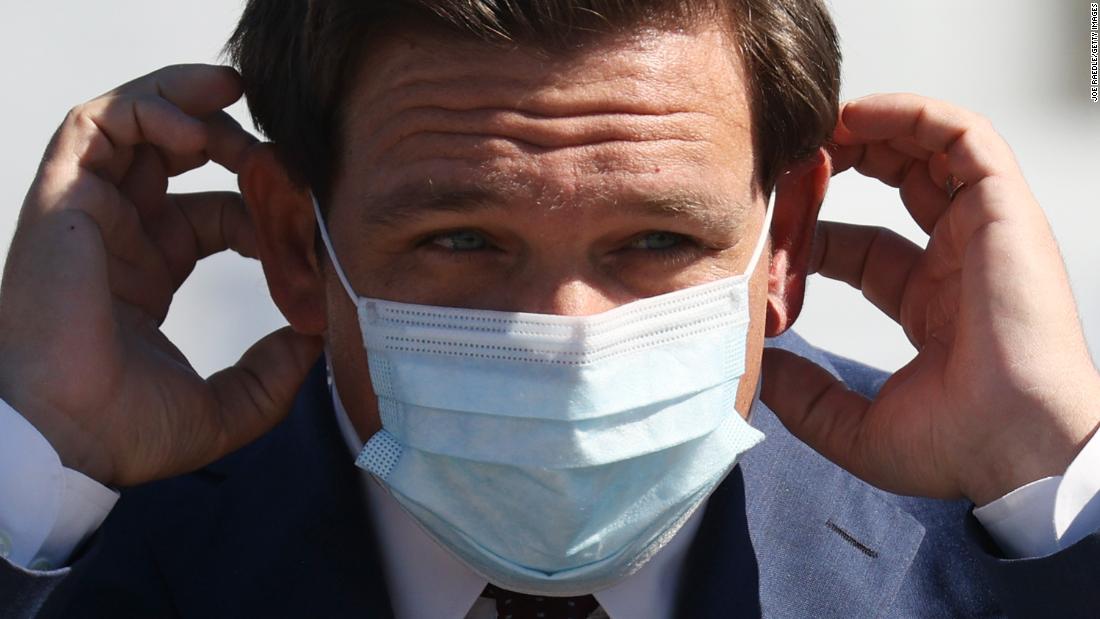 While DeSantis’ numbers on the 2024 question were stronger among those who self-identified as Republicans, there was still a decent contingent (24%) of GOPers who would rather he not run.

Those numbers stood out in a poll that was, generally speaking, not too bad for DeSantis.

His overall job approval numbers (47%) outpace his disapproval score (45%). Asked whether DeSantis deserved to be reelected, 48% said he did, while 45% said he did not.

While those numbers won’t light the world on fire, they are relatively strong for an incumbent politician whose state has become the epicenter of the fourth wave of the coronavirus.

Which makes the 2024 question stand out all the more.

Now, some of voters’ hesitation with the idea of DeSantis running for president is natural. Usually when voters of a certain state are asked whether X or Y home state politician should run for national office, they are skeptical — at least at first.

Call it the you-mean-this-guy? phenomenon. People are used to thinking of a politician as their governor or their senator or whatever. Thinking of him or her as a potential president requires an imaginative leap that isn’t in our human nature.

The question for DeSantis is how much of the resistance that the Q poll found to the idea of him running for president is about him in particular. Do Floridians think he is less than suited for the job of president? And if so, why?

DeSantis still has to get through what will be a very tough (and expensive) reelection race in November 2022. But make no mistake: He has an eye on the 2024 race — and how he is positioned for that potential contest too.

Which means he will be working like hell over the next 15 months or so to change Floridians’ opinions on whether he has presidential mettle.

The Point: DeSantis has been the hottest name in 2024 politics for the last six months or so. But Florida voters aren’t sold — at least not yet.