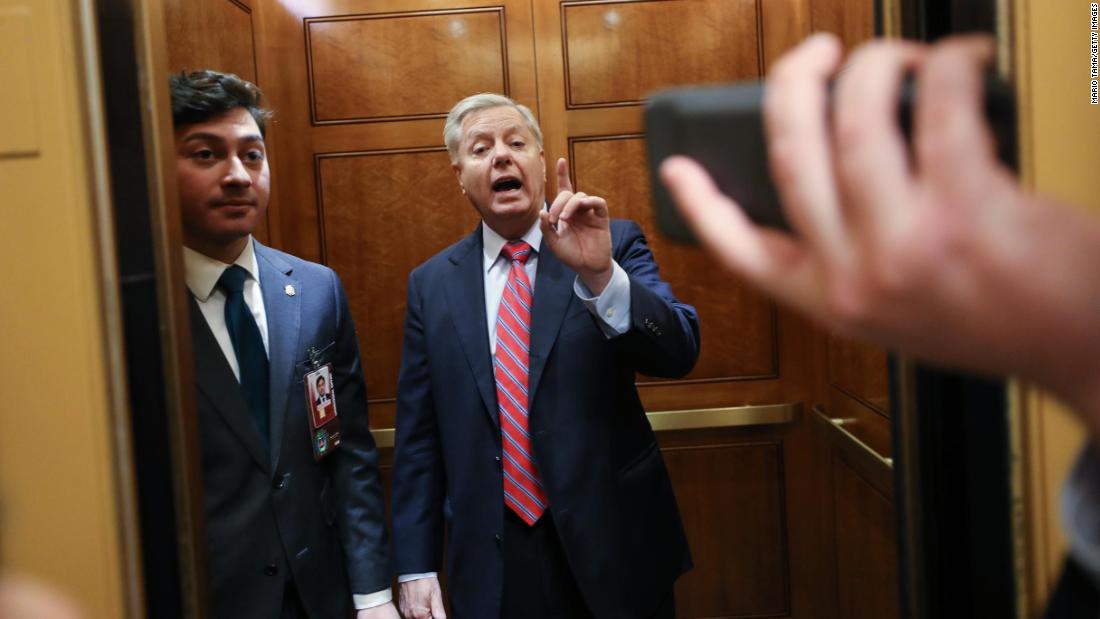 “If we leave any Americans behind, if we leave thousands of those Afghans who fought along our side behind bravely, Joe Biden deserves to be impeached for a high crime and misdemeanor of dereliction of duty. If we leave one American behind, if we don’t get all the Afghans who stepped up to the plate to help us out, then Joe Biden in my view has committed a high crime and misdemeanor under the Constitution and should be impeached.”

Oh, really? So Biden should be impeached if any American or any Afghan who helped America during our 20-year stay in the country remains there under Taliban rule? That feels like a pretty damn low bar given not just the difficulties in extricating people from the country but also the decidedly fuzzy line in regards to which Afghans helped and how much. Who decides? Biden? Graham?

Graham’s newfound interest in impeaching a president is particularly noteworthy given that he didn’t see fit to convict Donald Trump in either of the two impeachment trials that he was involved in over the past 2 years.

And, just in case you forgot the “why” behind each of those impeachments, let me remind you:

1. Trump urged the president of Ukraine to investigate Joe Biden during the 2020 campaign — strongly implying he was owed that for all the good things he had done for Ukraine

2. Trump helped gather the crowd at the January “Stop the Steal” rally in Washington and, in a speech to the gathering, incited them using the Big Lie — the baseless notion that the 2020 election was somehow stolen from him. A chunk of that crowd composed of the rioters who stormed the US Capitol, leaving more than 100 police officers injured and 5 dead.

Graham’s initial reaction following the riot was to break publicly from Trump.
“Trump and I, we’ve had a hell of a journey,” he said from the Senate floor on January 6 following the deadly insurrection. “I hate it to end this way. Oh my God, I hate it. From my point of view he’s been a consequential president. But today, first thing you’ll see. All I can say, is count me out, enough is enough.” (Graham later backtracked, arguing that he meant to say he was “done” with Trump’s pushing election fraud.)
But, Graham eventually, uh, modified his position. “This was an impeachment effort driven by passion and hatred against President Trump,” he said in a statement announcing his opposition to the 2nd impeachment. That statement was similar to the one Graham put out when he went public with his opposition to the former president’s first impeachment back in 2019; “Impeachment over this?” Graham asked. “What a nothing (non-quid pro quo) burger. Democrats have lost their minds when it comes to President Trump.”

So, the two impeachments of Trump were purely partisan and driven by hatred of Trump, but Graham’s call for Biden to be impeached unless every single Afghan who helped the US over two decades is successfully extricated from the country is totally justified?

None of this is to downplay the strategic disaster that is the Biden administration’s handling of the removal of American troops from Afghanistan. The President and his top advisers clearly underestimated the strength of the Taliban and vastly overestimated the capability of the Afghan government and military.

But it’s more than a little rich for Graham to suggest impeaching Biden over the Afghanistan situation when he was one of Trump’s staunchest defenders in both of the former president’s impeachment trials.