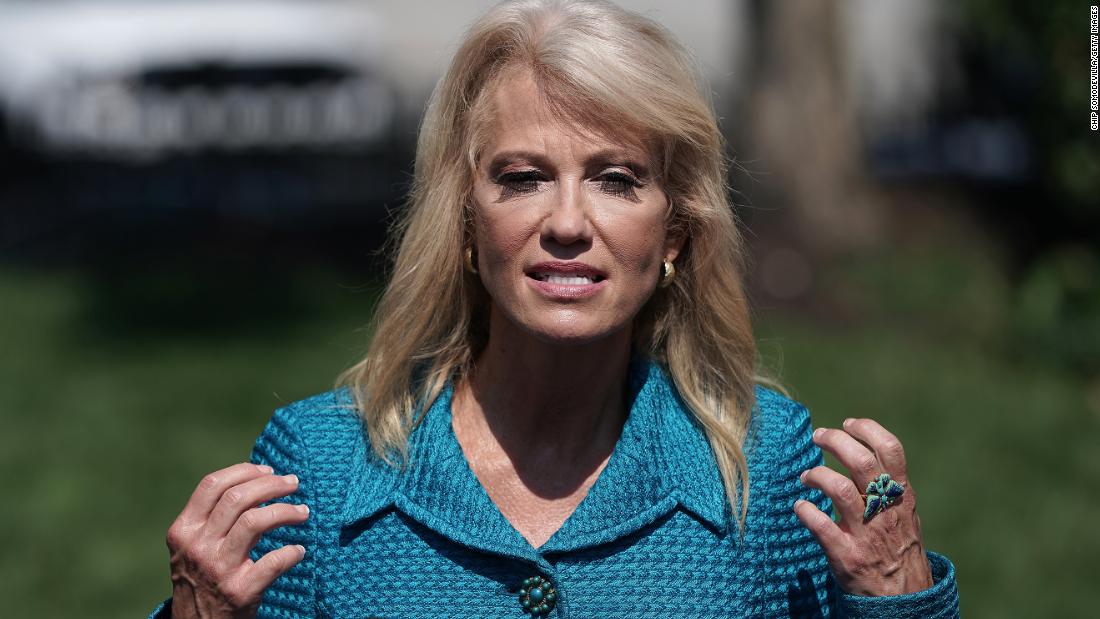 This is, to be kind, a little rich coming from Conway, who spent years by then-President Donald Trump’s side as he smashed every presidential norm possible.

There were a lot of other times, too, when Trump bent — or flat-out broke — “presidential norms.”

And he reveled in it.

“My use of social media is not Presidential – it’s MODERN DAY PRESIDENTIAL,” Trump tweeted in July 2017. “Make America Great Again!”

At a campaign rally in 2019, Trump expounded on his view of the presidency — and how he was changing it.

“It’s much easier being presidential, it’s easy,” he said. “All you have to do is act like a stiff… And everybody would be out of here so fast! You wouldn’t come in in the first place!”

Conway, like so many other political pros who had been in and around Washington long before Trump came to disrupt the presidency, went along with every last bit of this revolution. In fact, she coined the single most memorable — and telling — phrase of Trump’s entire presidency when in response to false claims made by White House press secretary Sean Spicer about the size of the crowd at Trump’s inauguration, Conway said this: “You’re saying it’s a falsehood. And they’re giving — Sean Spicer, our press secretary — gave alternative facts.”

Just last month, former Trump White House press secretary Kayleigh McEnany said, straight-faced, that “when President Trump was president, you didn’t see crisis after crisis. You just didn’t see it.”
And, in May, House Minority Leader Kevin McCarthy tried to re-frame a phone call he had on January 6 with Trump. “What I talked to President Trump about, I was the first person to contact him when the riots was going on, “McCarthy said, in a major flip flop from his previous comments on the riot and the President’s role in it. “He didn’t see it. What he ended the call was saying — telling me, he’ll put something out to make sure to stop this. And that’s what he did, he put a video out later.”

This is all consistent with Trump’s infamous pledge to supporters that “what you’re seeing and what you’re reading is not what’s happening.”

The thing is, we remember what happened. We remember the norms that Trump gleefully smashed — and the damage done. And that means that the likes of Conway, McEnany and McCarthy can’t gaslight the country — no matter how hard they try.