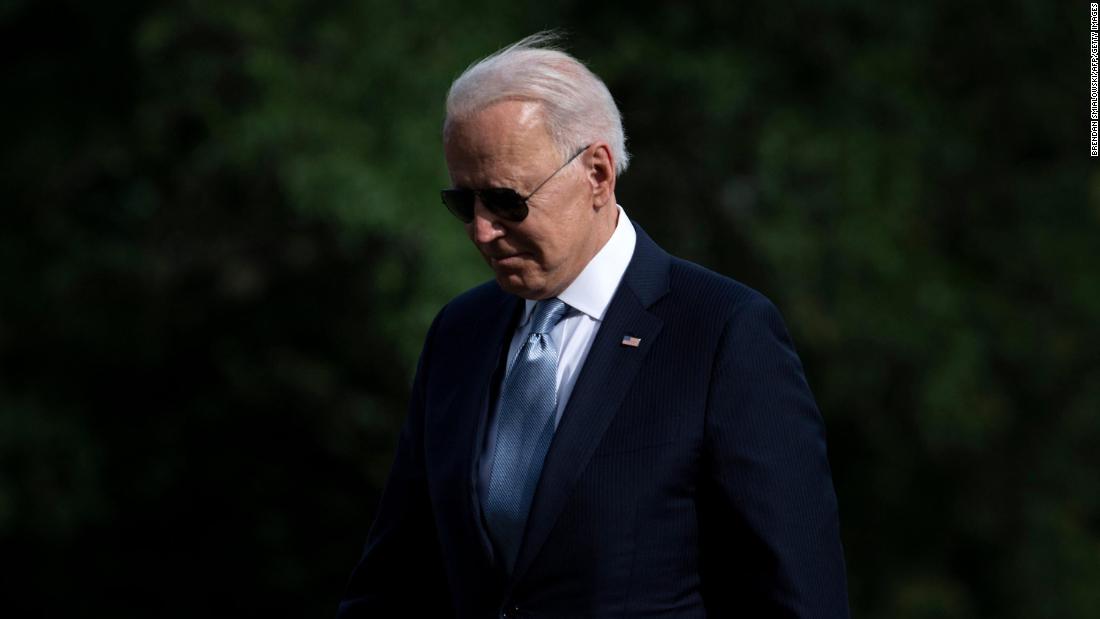 * The United States is now averaging more than 85,000 daily cases of Covid-19 — up from 23,000 just three weeks ago. While the White House touted Monday that it had reached its goal of 70% of the population with at least one vaccine shot, it came almost a month after Biden’s publicly stated goal of July 4 to meet that mark.
* In the wake of the moratorium on evictions expiring on August 1 — meaning millions of Americans will be now need to pay both rent and back rent or face being kicked out of their residences — a blame game has broken out. House Democrats — led by Speaker Nancy Pelosi and New York Rep. Alexandria Ocasio-Cortez — have said they didn’t have enough time to fix the problem before Congress left for the August recess, and are calling on Biden to take action. The White House insists it doesn’t have the power to extend the moratorium. As CNN wrote over the weekend: “The back-and-forth exposed a rare divide between President Joe Biden and members of his party and led to veiled accusations of who was to blame.”
* The number of unaccompanied minors picked up at the US southern border likely hit an all-time high in July. “The sharp increases from June were striking because crossings usually slow during stifling — and sometimes fatal — summer heat,” wrote the the Associated Press.
Even in what looks like a victory — the Senate’s bipartisan agreement on a “hard” infrastructure bill — problems are cropping up for Biden. South Carolina Sen. Lindsey Graham’s positive test for Covid-19 — and the time he spent on Sen. Joe Manchin’s house boat over the weekend with a group of other senators — could delay passage of the measure in the Senate.
And even assuming the legislation passes the Senate, which it should, liberals in the House are already talking publicly and loudly about their dissatisfaction with some pieces of the Senate bill. “Good luck tanking your own party’s investment on child care, climate action, and infrastructure while presuming you’ll survive a 3 vote House margin — especially after choosing to exclude members of color from negotiations and calling that a ‘bipartisan accomplishment,’” tweeted Ocasio-Cortez at Arizona Democratic Sen. Kyrsten Sinema following the latter’s announcement of her opposition to the $3.5 trillion price tag for a second, “soft” infrastructure bill.
Biden, likely influenced by the skepticism of House liberals for the bipartisan infrastructure deal, tweeted this out Tuesday morning: “The Bipartisan Infrastructure Deal will give working people a fighting chance again. We can’t afford not to do it.”
While a majority of the country still approves of the job Biden is doing in office — largely thanks to strong approval for the way he and his administration have handled the Covid-19 pandemic — those numbers have begun to flag somewhat.
In an April Monmouth University poll, 54% approved of how Biden was handling the presidency while 41% disapproved. In the latest Monmouth survey, released at the end of July, just 48% approved while 44% disapproved.

What does the future — or, at least, the next few weeks — hold for Biden? The honest answer is no one knows.

Like much of the first six months of Biden’s presidency, almost everything depends on Covid-19. Does the Delta variant continue to ravage unvaccinated communities? Do deaths from the virus surge? Does the recent increase in vaccinations last? Can the administration overcome its initial messaging struggles on the need to put masks back on in some parts of the country?
The answers to those questions will determine whether this is a temporary blip or the start of a longer decline for Biden and his administration. At the moment, things look bad for Biden. A Gallup poll released Monday showed that just 40% of Americans believe the coronavirus situation is getting better in the US. That’s a stunning drop from the 89% who said the same in Gallup polling in June.

Everything — and I mean EVERYTHING — flows from the Covid news. And the truth is that Biden’s ability to change the current story on Covid-19 in this country is decidedly limited.