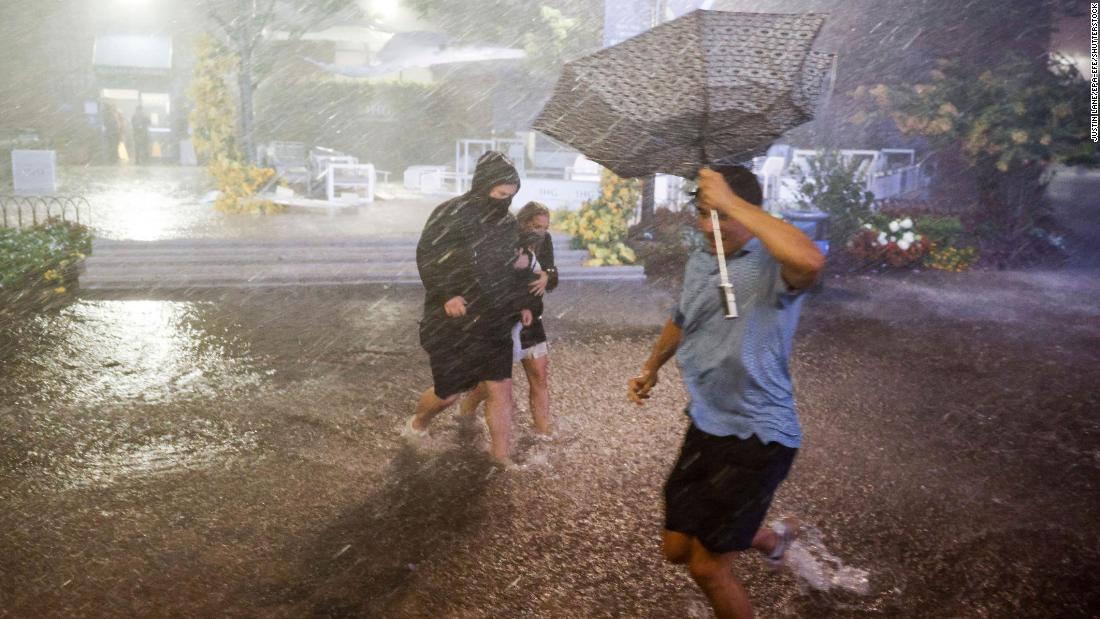 Officials in New York appeared totally caught off guard by the floods. Meteorologists — who knew storms and floods were on their way, even roughly how much rain would fall — were surprised at the storm’s pace.

“It’s dangerous. We’re seeing a kind of rainfall — we almost never see this kind of speed with which the rain has come,” New York City Mayor Bill de Blasio said, urgently calling on everyone to stay at home.

New York Governor Kathy Hochul said she could not guarantee responders could rescue people that may be stuck in their cars “if it starts floating away like a boat on a river.”

Eight people have already died in New York and New Jersey, which are both under a state of emergency.

“What is so surprising is the time span of the rainfall and the area impacted,” said CNN Weather’s Michael Guy.

“It is such a large area across the northeast, and it only happened within a span of a few hours. That’s nothing that we have seen, especially in this region of the country.”

Like with several weather events over the summer across the Northern Hemisphere, Ida has smashed records in some areas by a huge margin.

What’s the role of climate change?

Globally, extreme rainfall events — including those in Germany and China in recent months — are becoming more common because of human-caused global warming, scientists say.

A recent UN climate report said that “the frequency and intensity of heavy precipitation events have increased since the 1950s over most land area.”

Across continental US, specifically, the heaviest downpours have been observed to be increasing in all regions, with the northeast showing the largest increase, according to the US National Climate Assessment.

“Warmer air can contain more water vapor than cooler air. Global analyses show that the amount of water vapor in the atmosphere has in fact increased over both land and oceans,” the report says.

In terms of hurricanes, climate change is making them more dangerous. They are producing more rainfall, moving slower once they make landfall and generating larger storm surges along the coast. Hurricane Ida was a prime example of those changes, and scientists say storms like this will become more common as the planet warms.

Scientists are now able to analyze exactly how much of a role climate change is likely to have played in a particular weather event. It’s too early to make such an estimate for Ida, but trends in hurricanes of this force suggest a link.

“What we can say, without doing a dedicated attribution study, is that major hurricane occurrences (categories 3-5) have increased in recent decades, which cannot be explained by natural variability alone,” Friederike Otto, who co-leads the World Weather Attribution initiative, told CNN in an email.

“Specifically, from event attribution, we do note that when hurricanes occur, the rainfall associated with them is more intense because of human-induced climate change, and Ida will not be an exception.”

While there is less certainty about the impacts of climate change on wind speed and some other factors, there is high confidence that the translation speed — how fast the whole system moves — of hurricanes has slowed, Otto said.

“This is important as it means the cyclones hang around for longer and thus can also cause more damage.”

CNN’s Brandon Miller and Rachel Ramirez contributed to this report.