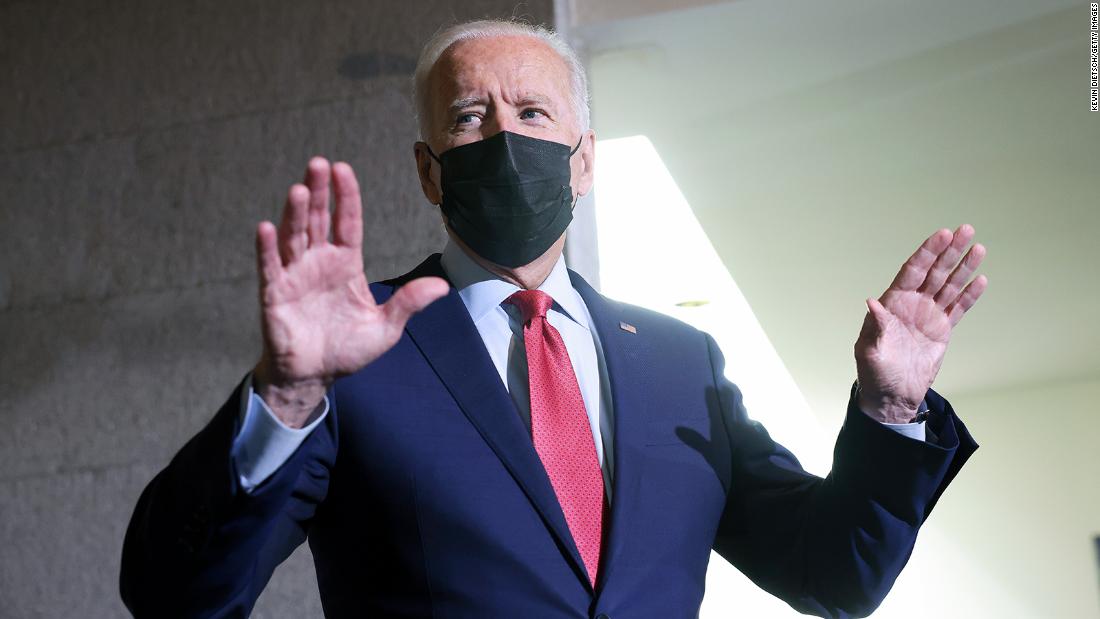 In new CNN polling, there’s a huge red flag for Democrats who believe that if only the twin pieces of legislation pass, then everything will be hunky-dory. And it’s this: Only 1 in 4 voters said that the passage of the two bills would make their families better off. One in three (32%) said the bills being passed would make their family worse off and 43% said that things would remain about the same.

What those numbers suggest is that Biden and, to a lesser extent, congressional Democrats have, to date, done a very poor job in selling the legislation to the American public. A very poor job.

After all, we are talking about the federal government spending trillions of dollars on a variety of fronts — from the economy to immigration to the environment. While that sort of investment in big government isn’t going to sit well with Republicans (65% of whom say passing the two bills will make their lives worse), it absolutely should resonate with Democrats and even many independents.

Yet, as a detailed look into the numbers in the CNN poll shows, there is less enthusiasm for the bills in those two groups than you might think. Less than half of Democrats (49%) say that passing both bills will make their lives better while roughly the same number (45%) say it won’t change much of anything. Among independents, the numbers are even less positive; just 1 in 5 believe the bills would make their lives better while roughly half (49%) say it won’t change things.

Those numbers make clear that passing the infrastructure bill and the social safety net measure are just the start of the political challenge for Democrats. The bigger — and, yes, more difficult — task in front of the President and his party is selling the American public on what the bills do, and why that is a good thing for them in their own lives.

The poll numbers suggest that won’t be any easy task. Remember that these pieces of legislation have been kicking around Congress for months now — and yet people still don’t feel as though passing them would make their lives better.

The one bright spot for Democrats is this: Voters never like the sausage-making on Capitol Hill. (There’s a reason why watching sausage be made isn’t very popular — even among foodies!) Once the bills become law — assuming they do so in some way, shape or form — it may become easier for Biden (and Democrats more broadly) to go out and sell the more popular elements of the legislation. (As recently as August, clear majorities of the public supported the passage of both the infrastructure bill and the social safety net measure.)

What’s clear today, however, is this: Passing these bills isn’t a political panacea for Democrats already nervously looking to next November. Not even close.