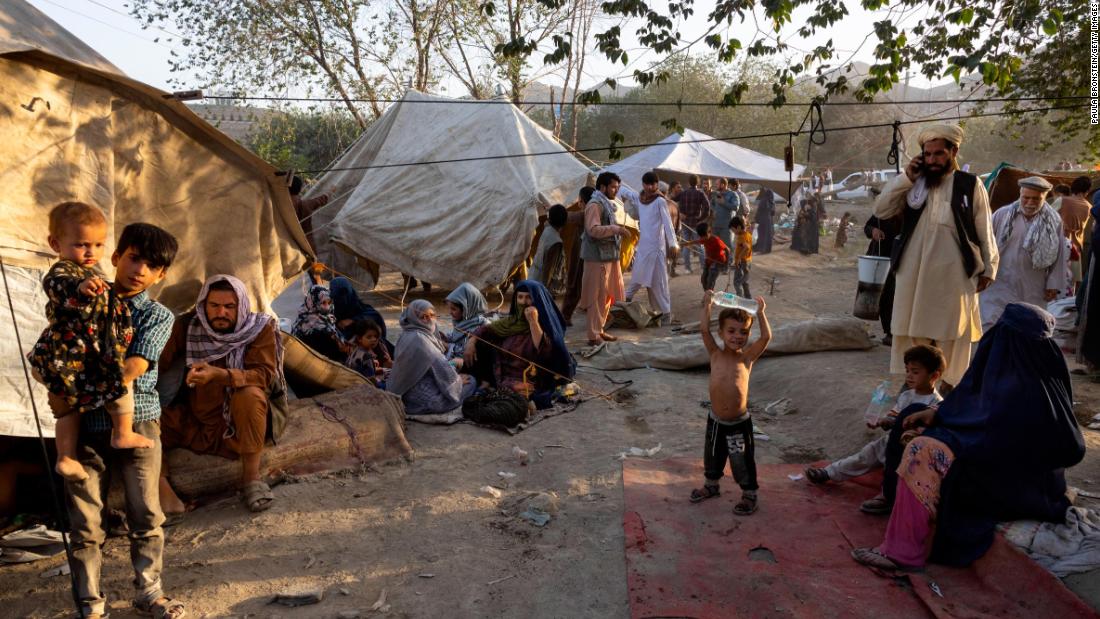 Now, the “crazies” are rolling into Kandahar again, and Washington insiders are asking the same question about what will happen once the US turns its back on Afghanistan. Even hawks who criticized President Joe Biden’s decision to pull all troops from America’s longest war have been shocked at the speed at which the Taliban, that once harbored Osama bin Laden, is snapping up territory. They see vindication for their position that the US should have stayed.
On Wednesday alone, the Taliban claimed to have freed 1,000 “criminal” prisoners in Kandahar, Afghanistan’s second-largest city. A series of provincial capitals have fallen to the fundamentalist militia. More than 2,000 civilians have been killed since April. Western embassies are drawing down. It seems to be a case of when and not if Kabul eventually falls.

The growing disaster seems to support Biden’s implicit argument that the US has failed to produce anything lasting in Afghanistan, despite the deaths and injuries of thousands of Americans, allies and local civilians, and the expenditure of more than a trillion dollars. Asked Tuesday if he would change his exit plan to head off a foreign policy humiliation for the United States, the President said no.

“They’ve got to fight for themselves, fight for their nation … they’ve got to want to fight,” he said — a callous statement for the millions of Afghans now facing life under the Taliban’s draconian rule. But this is Biden’s cold-eyed judgment of his own country’s interests.

History doesn’t always repeat itself. Those who warn a Taliban return will eventually threaten the US could be drawing the wrong lessons. Terror groups that seek to attack the US could base themselves in any number of failed states. And can the President justify committing more lives to a failure that seeds blame through four presidential administrations? US and allied forces won the Afghan war in weeks in 2001 — then spent the next 19 years losing the peace.

“These things happened, they were glorious and they changed the world,” Wilson is quoted as saying at the end of the Hanks movie, in a reference to the Soviet defeat that seems prophetic today.

‘Our identity is turning to ashes’

“We are losing our history, our identity is turning to ashes, our soul is burning,” the mayor of Reggio Calabria, Giuseppe Falcomata, wrote on Facebook Wednesday, urging people to abandon their homes as wildfires sweep southern Italy. More than a hundred fires are currently active in the Calabria region alone, the “toe” of Italy’s boot. Further south, the Sicilian town of Siracusa unofficially broke Europe’s all-time heat record with 48.8°C (120°F) on Wednesday. The hottest temperature ever previously recorded in Europe was 48.0°C (118°F) in Athens, Greece in 1977.

More than 98% of US residents now live in an area where there is a “high” or “substantial” risk of Covid-19 community transmission — up from 19% of residents only a month ago, reports CNN’s Priya Krishnakumar.
The US Centers for Disease Control and Prevention measures community transmission using two metrics — the number of cases per 100,000 people and the test positivity rate, both measured over the previous seven days. Driven in large part by the highly infectious Delta variant and low vaccination rates in many regions, the latest CDC figures now show an alarming rise in the number of counties that are considered at “high” risk of community transmission (red on the map above).