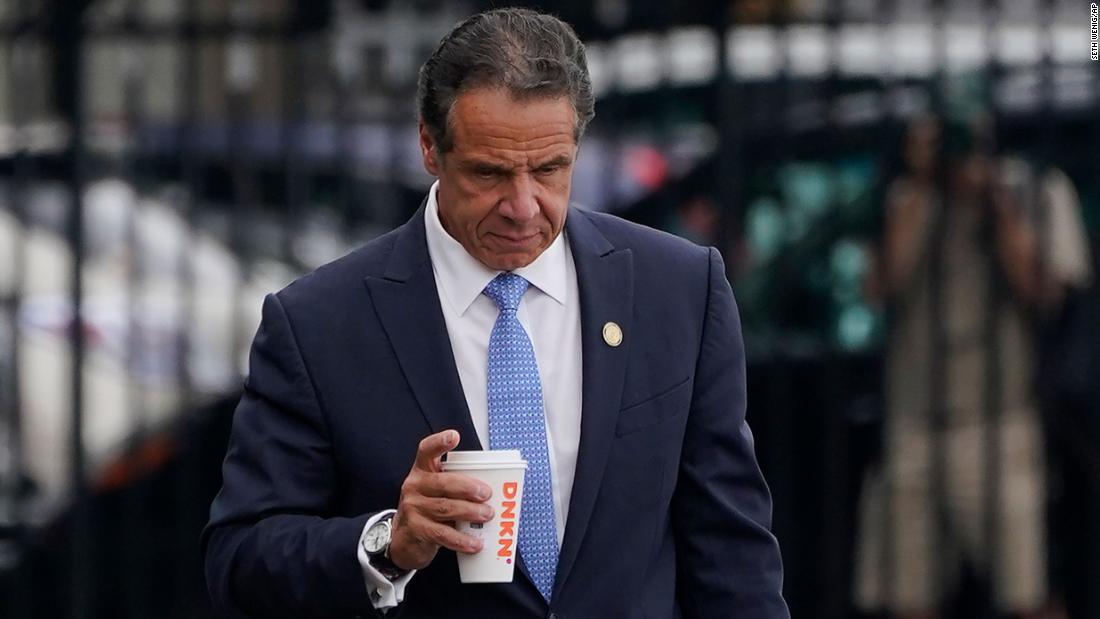 Before scandal struck, Cuomo was often discussed as a potential contender for the White House as his determined, empathetic oratory shaped his image as a man ready to meet the crisis and offer reassurance to a nation terrified of an invading, invisible virus. And he wasn’t the only governor whose stewardship of one of the grimmest moments in modern history sparked presidential speculation.

Newsom, DeSantis and Abbott might be well advised to consider their own decisions in the context of their soon-to-be ex-counterpart’s exit and as they use their visibility to promote their own national careers.

All four governors tested the bounds of their political power in this moment of crisis knowing that the governor’s office could serve as a launching pad to the White House. While Cuomo burnished his image with his sober daily briefings, Newsom — now facing a recall — grabbed a proactive leadership role that has infuriated some California voters with what they perceived as draconian shutdowns and erratic pandemic regulations. He never recovered from charges of hypocrisy after he attended an exclusive birthday party at a high-end Napa Valley restaurant unmasked, which seemed to encapsulate a sense that he thought himself immune to the very rules he imposed on everyone else.

DeSantis and Abbott have gone in the opposite direction by undermining public health science in a way that seems to serve no other purpose than pleasing the GOP base. Now they are facing a furious backlash from some parents and school districts for their bans on mask mandates in schools. For now, they have raised their visibility among pro-Trump Republicans, but there could be long-term consequences for their actions in reelection bids next year.

The apparent excesses of this quartet of state leaders who have carved national prominence is ironically coming at a moment when President Joe Biden is offering an exactly opposite style of leadership — and having success.

While Biden’s foes might lambast his policies and ideology and question his acumen, there aren’t many — ex-President Donald Trump’s backers aside — who would describe him as hubristic or only out for his own political advantage.

Biden’s public compassion is wrought from harrowing personal, family tragedies rather being a political show. That empathy was on display Monday when Biden spoke with Arkansas Gov. Asa Hutchinson — another Republican who was all too ready to ban mask mandates before the recent surge in Covid-19 cases. Biden offered the federal government’s help in this latest stage of the pandemic.

And his temperate, inclusive and often incremental leadership yielded the most significant win of his presidency on Tuesday — the Senate passage of a bipartisan infrastructure bill that few Washington sages thought was possible amid today’s political inferno, as he gleefully pointed out.

“This is a moment that lives beyond the headlines, beyond partisan soundbites, beyond the culture of instant outrage, disinformation and conflict-as-entertainment,” Biden said, describing the forces that have tainted the nation’s political system and that sometimes have been unleashed by governors who have sought partisan advantage in the pandemic.

Cuomo, once a figure with an unlimited future, steps down with a self-pitying speech

Last year, Cuomo was one of America’s towering political figures, commanding a national audience with televised tour de force news conferences in which he offered steely assurance, compassion and resolve that was so lacking from then-President Donald Trump, who blithely said the horrible new pandemic would just “go away.”

Cuomo’s testosterone-fueled leadership suddenly was an asset, transforming him in a moment of darkness into a figure a frightened nation could look up to. His commanding performance earned him a book that CNN reported could net him $5 million under the hubristic title “American Crisis: Leadership Lessons from the Covid-19 Pandemic.”

At one point, there was even chatter about a possible late entrance to the 2020 presidential campaign. At the very least, the fourth term in Albany that had eluded his legendary father, Gov. Mario Cuomo, seemed to be within reach.

But the Andrew Cuomo legend was not all it seemed. His reputation for Covid-19 leadership was tarnished by questions about nursing home admissions that may have spread the virus and about his administration’s delay in releasing data on Covid-19 deaths at long-term care facilities. All the while, the seeds of his political destruction were festering, as allegedly historic and ongoing sexual harassment — as well as the culture of fear and disrespect that he fostered in the governor’s office — undercut his image of a man of compassion and a champion of women.

In a self-pitying speech Tuesday in which he buried the news of his resignation, Cuomo said his sole motivation was his love for New York. He has denied ever touching anyone inappropriately. And although he accepted responsibility for his actions, he allowed his lawyer to aggressively challenge the credibility of his accusers just moments before his own speech.

The hubris and ego that felled him were on full display as he appeared to feel the most remorse over changing mores that mean women no longer have to endure unwanted advances from men at work and are believed when they expose it.

“In my mind, I never crossed a line with anyone,” Cuomo said. “But I didn’t realize the extent to which the line has been redrawn.”

Thus, a leader who only a short time ago appeared to be writing his own laws of politics at a dominant moment of a still-rising career was felled by his own flaws. He left a lesson that stands as a warning to other governors who come to believe too much in their own power and think they write their own rules.

Like Cuomo, Abbott and DeSantis were thrust before a national audience by the worst public health emergency in 100 years. But unlike their counterpart in New York, they chose to use their crisis leadership to build a hero narrative for the Trump base voters and right-wing media propagandists they would need to run a presidential primary race in 2024 or beyond.

The former President built a political brand on excoriating Washington elites, facts, public health guidance and traditional expectations of leadership. And while at various times Abbott and DeSantis have served more conventional gubernatorial roles — the Floridian advocates vaccines more vocally than many conservatives and the Texan advocated masking at points last year — they have significantly toughened their resistance to mainstream pandemic leadership in recent weeks. Both have tried to ban local school officials from imposing mask mandates.

It may be no coincidence that their uncompromising turn came after South Dakota Gov. Kristi Noem, another possible GOP presidential candidate, lashed out at unnamed Republican governors she said lacked “grit” in the ideological war over Covid-19.

DeSantis has turned himself into a favorite of the GOP base and is in a strong position if Trump decides not to run next time. But while the strongman of Tallahassee may be endearing himself to primary voters, he has sparked a backlash from some parents that has opened him to claims he is buying a political future while putting Florida’s kids at grave risk.

In effect, the showdown has launched his 2022 reelection campaign and allowed Democrats to argue to statewide voters that he is an extremist who is neglecting the primary duty of a governor: to keep the people of his state safe.

Whether DeSantis has made the correct calculation about his political strength and capacity to steamroll his enemies will be decided by a race next year that could either boost his national profile or make him another failed leader whose hubris led him astray at a critical moment.

Abbott may be on safer ground in more reliably Republican Texas. But he has made a similar calculation as DeSantis in choosing conservative preferences for individualism over the collective good of the community by resisting federal advice that all kids in public school should wear masks.

While the move puts Abbott on solid footing with Republican voters, it requires him to place significant faith in his own political skill and dexterity in a confrontation that has no off ramp and could alienate a national audience.

In deep blue California, where Democrats outnumber Republicans by nearly 2-to-1, the idea that Newsom, who was elected with more than 60% of the vote, would be recalled seemed highly unlikely even a few months ago.

But Newsom tested the patience of many Californians with his restrictive Covid protocols last year, including many small business and restaurant owners who were unable to hang on when forced to drastically restrict their operations.

His rules limiting indoor religious gatherings, for example, were ultimately rebuked by the US Supreme Court. And a group of grassroots Republicans who initially sought to recall him merely because of ideological differences found a fertile political climate for their effort as frustrations about the pandemic grew last winter.

Their effort to collect signatures for their recall petitions took off after Newsom attended an exclusive birthday party unmasked at The French Laundry — a pricey restaurant in California’s Napa Valley — at a time when he was urging Californians to stay home and avoid gatherings. He apologized for the appearance of hypocrisy, but the damage was done.

The California Democrat now finds himself buffeted by numerous crises, including the resurgence of Covid-19 as a result of the Delta variant, a ferocious wildfire season and a historic drought. That has meant many voters are distracted with greater concerns than a September 14 special election. Democrats are worried that voter apathy within their party could spell disaster.

“Those who think this thing is not close — I hate to disabuse you,” Newsom said during an event with “Women Against the Recall” on Monday. “It is.”