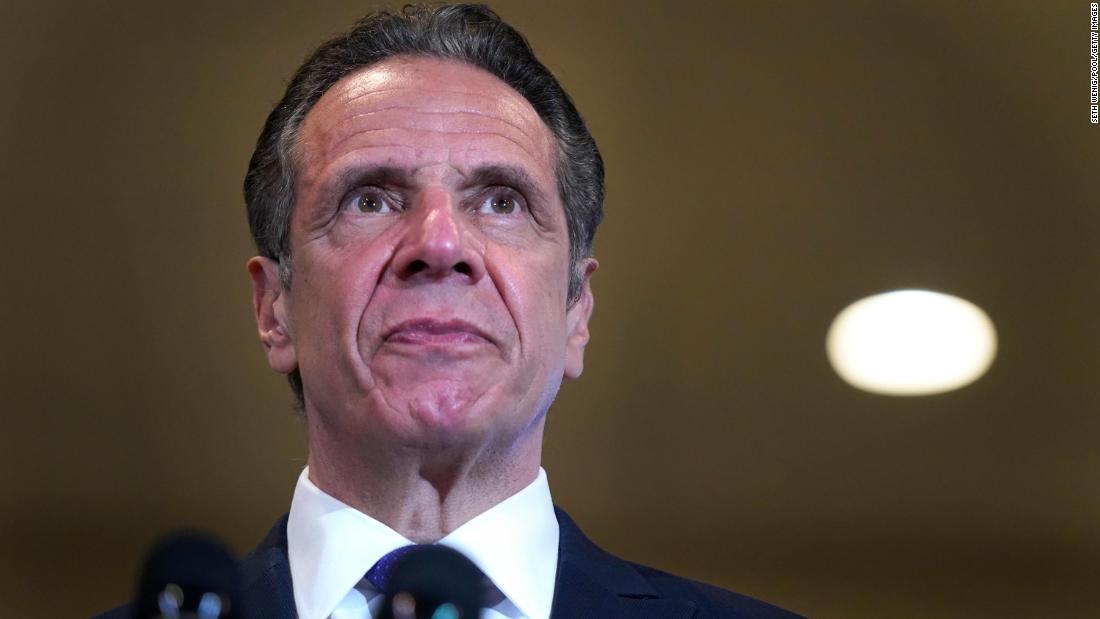 There was simply no path forward for him — politically speaking. And yet, the political world seemed to recoil in shock when Cuomo announced just after noon Tuesday he was, in fact, resigning.

“This is truly astonishing,” tweeted Laura Nahmias, a former member of the New York Daily News’ editorial board, in the wake of the announcement. “Anyone who has covered @NYGovCuomo knows he’s like a political shark. To stop swimming willingly, to voluntarily give up power like this, is like a little death.”

Cuomo walked away. Which, again, was both the right thing to do — the allegations against him suggested a chief executive acting in entirely inappropriate ways toward those who worked for him — and the only option available to him.

That it surprised people speaks to the reputation Cuomo has built over decades in public life — from campaign manager of his father’s gubernatorial campaigns to his time in the Clinton administration to his abandoned run for governor in 2002 and, finally, to his three terms as the unapologetic boss of the Empire State.

“I’m a New Yorker, born and bred,” Cuomo said in resigning. “I am a fighter and my instinct is to fight through this controversy because I truly believe it is politically motivated, I believe it is unfair and it is untruthful and I believe it demonizes behavior that is unsustainable for society.”

That is a far-too-charitable read on his time both in and out of office. The whole all-I ever-did-was-fight-for-the-people-of-New-York thing overlooks the ambition, resentments and raw politics that Cuomo not only practiced but also perfected.

(That Cuomo resigned without saying sorry and seemingly unaware that President Joe Biden’s biggest first-term accomplishment — a bipartisan infrastructure deal — had just passed the Senate was a decidedly Cuomo thing to do, however.)

See, for Cuomo, politics wasn’t a thing he did. It was everything he did. There was no work/life separation. He was an obsessive, at his heights touted as the best bureaucrat in the country, while at his lows — the lowest of which we all saw over the past weeks — he was stubbornly unable to see truth when it was, repeatedly, smacking him in the face.

As The New Yorker wrote of Cuomo back in 2020 when he was flying high as a result of his handling of the Covid-19 pandemic in New York state:

“Here was a politician known as a man who doesn’t much like people and whom most people don’t like, at least in the way you might, say, a colleague or a friend. … When people thought of him, they pictured a calculating, very capable, somewhat grim tactician, a man of relentless and ill-concealed ambition and intrigue—a mechanic of government, it was usually said, in a nod both to his understanding of the levers of power and to his talent for tinkering with muscle cars.”

Cuomo was politics. Politics was Cuomo.

To imagine him ever voluntarily walking away from a job that he would tell anyone was the only one he had ever really wanted seemed unimaginable; to do it in this moment even more so.

See, prior to these series of allegations — and the report on them by New York Attorney General Letitia James — Cuomo was primed and ready to run (and win) a fourth term in office in 2022. (New York is one of the few states that do not have term limits for their governors.)

That would have put him in elite company in the state; Nelson Rockefeller was the last governor of New York to be elected to four terms — although he resigned before his fourth term ended.

More importantly, for Cuomo, is that being elected to a fourth term would mean he had done something that his father, Mario, was not able to do. While the elder Cuomo was considered a favorite at the start of the 1994 campaign, he found himself caught up in a Republican wave that was sweeping the country — losing to a little-known state senator named George Pataki.

For the younger Cuomo, a fourth term would be a psychological stepping-out from the massive shadow his father had long thrown over the family. Yes, he would always be Mario Cuomo’s son. But he would have taken the family name — and legacy — to a place his father couldn’t. It would be a culmination of a career and a life that had been spent marinating in politics — and unapologetically so. It would be Andrew Cuomo, a man whose relentless ambition had long defined him, reaching that highest, final goal.

It was the collective weight of all of that history that kept Cuomo in denial for the past week. That kept him insisting, publicly and privately, that he could beat this latest challenge back in the same way he had done all the others: by keeping his head down and outworking everyone.