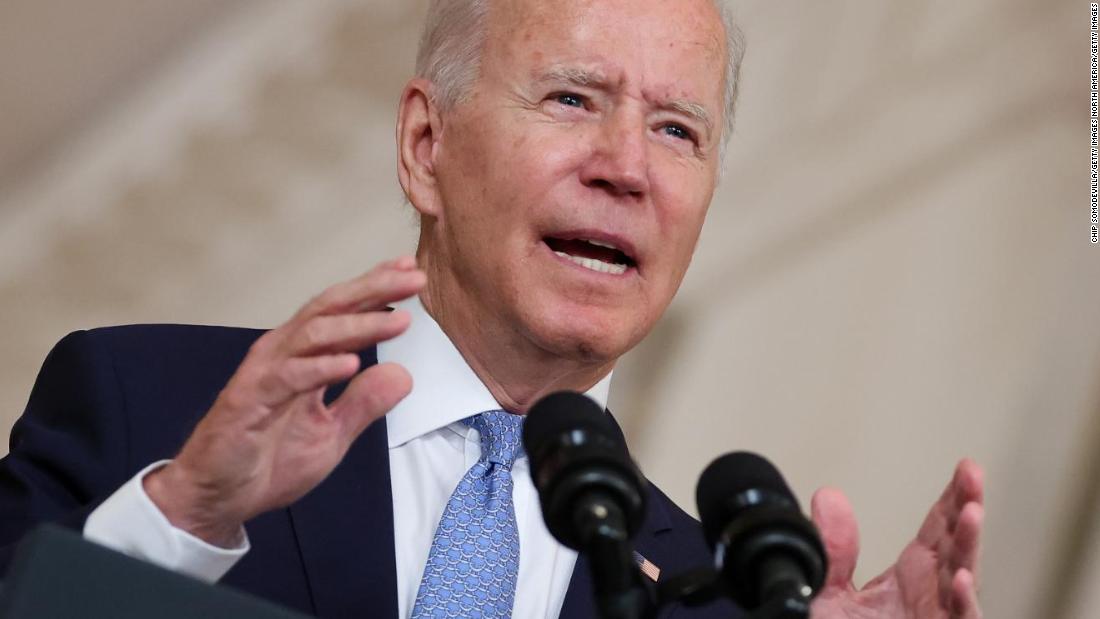 While saying the buck stopped with him, the President frequently shifted it elsewhere. His attack on the vanishing Afghan army ignored years of sacrifices of thousands of soldiers and his own withdrawal of military support. Biden ran for office on competence, empathy and as a foreign policy expert who would always level with voters. That image is now badly tarnished. The deaths of several children in an Afghan family caught in a US airstrike aimed at an ISIS-K vehicle bomb meanwhile betrayed the risks of Biden’s new “over the horizon” terror war.

A few Republicans advanced necessary, tempered criticism of the events in Kabul. But the crisis also exposed the hypocrisy and craven loyalty to ex-President Donald Trump that is their party’s major operating principle.

While savaging Biden, few Republicans acknowledged that Trump’s capitulation to the Taliban in a withdrawal deal set the stage for the disaster. Only hours after the deaths of 13 US service members and more than 170 Afghans in a suicide bomb attack, Republicans demanded Biden’s resignation and impeachment. These were the same lawmakers who appeased and are still enabling Trump’s assault on American democracy, and who claimed that impeaching him for gross abuses of power was pure politics. There are just not many serious people left in the GOP these days.

Partisan media on the right churned out its usual torrent of falsehoods. But some liberal journalists, in their zeal to defend Biden, also let partisanship blind them to the truth of the failures of the evacuation.

The crisis did also highlight brighter sides of America. Once roused, the military in coordination with allies conducted a stunning airlift that rescued more than 122,000 people. The troops who died did so while offering foreign strangers a chance at a new life.

Covid-19 has pried open the ideological divides cleaving US society, and the Afghan drama showed how impossible it now is to have a reasonable argument about a key national security issue in Washington. Biden’s inauguration plea for national unity seems more elusive than ever.