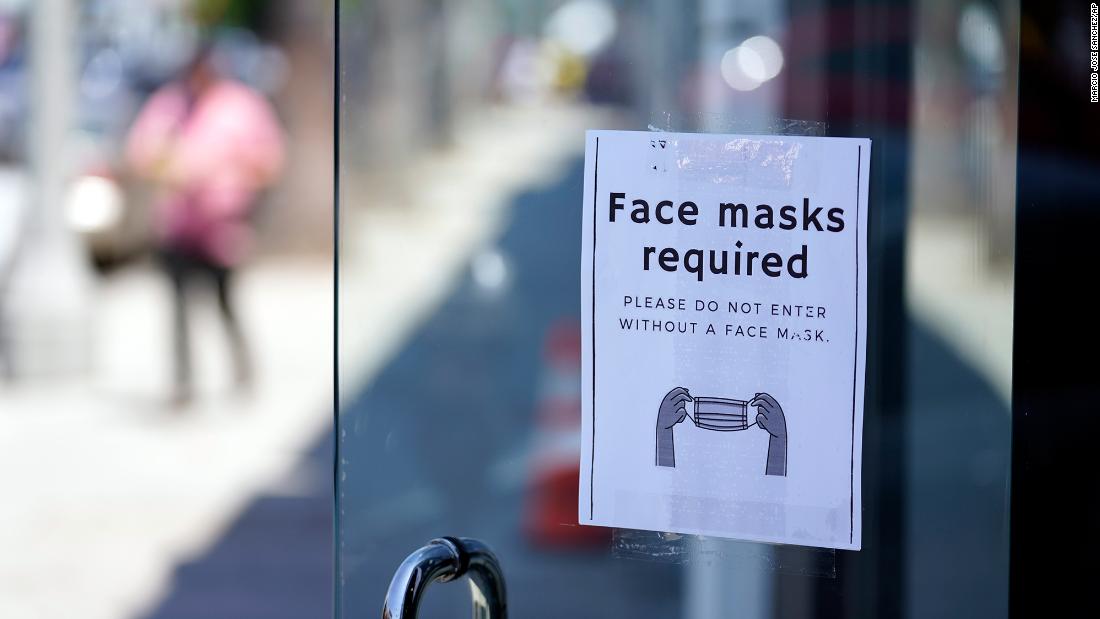 “This institution is a sham, and we should adjourn and shut this place down,” Roy said theatrically as Georgia Rep. Marjorie Taylor Greene gave him a standing ovation.

Roy’s beef was with House attending physician Brian Monahan, who, in a memo earlier this week wrote that “For all House Office Buildings, the Hall of the House, and House Committee Meetings, wearing a well-fitted, medical grade, filtration face mask is required when an individual is in an interior space and other individuals are present” — citing the rising case counts caused by the Delta variant of Covid-19.

Since any member can force a vote on a motion to adjourn — Greene has done this regularly — Roy’s protest against mask-wearing led to a vote by the full House.

The measure, not surprisingly given the fact that Democrats are in the majority, failed. But there were seven Republicans who bucked their party to vote with Democrats, essentially in favor of following the guidance provided by Monahan on masks.

It was, in some ways, the usual crowd. Wyoming Rep. Liz Cheney, who has become the face of the Trump resistance within the party. South Carolina Rep. Tom Rice, who voted to impeach Trump for his conduct on January 6. Pennsylvania Rep. Brian Fitzpatrick, who represents a district Joe Biden carried by 5 points in 2020.

But there was one name that stood out to me among the “nays”: Louisiana Rep. Julia Letlow.

Letlow came to Congress this spring, winning a special election — and pay attention here — to replace her late husband, Luke, who won the seat in 2020 but died of Covid-19 before taking office.

So a woman who watched her husband die from Covid-19 was on the other side of the vast majority of Republicans on a vote that was, effectively, a referendum on mask-wearing in the House. That should tell you a little something about the state of the GOP these days.

(Worth noting: Letlow later voted for a motion to adjourn offered by Georgia Rep. Jody Hice. Her office didn’t return multiple emails seeking an explanation for that second vote.)

Mask-wearing didn’t have to be a political issue. It could have been purely a public health matter — the best way, short of being vaccinated against Covid-19, to stop the spread of a virus that has killed more than 610,000 Americans.

But Donald Trump — through his open skepticism of masks and mocking of Joe Biden for wearing one, managed to make the mask a political football. Wearing one was cowardly and an overreaction. Not wearing one was a sign of freedom or liberty. Or something.

And now Republicans are up in arms, again, over having to put on a mask. They should heed the words of Letlow, back in March, when talking about her constituents: “I want to wear that mask and make sure that I’m protecting them.”