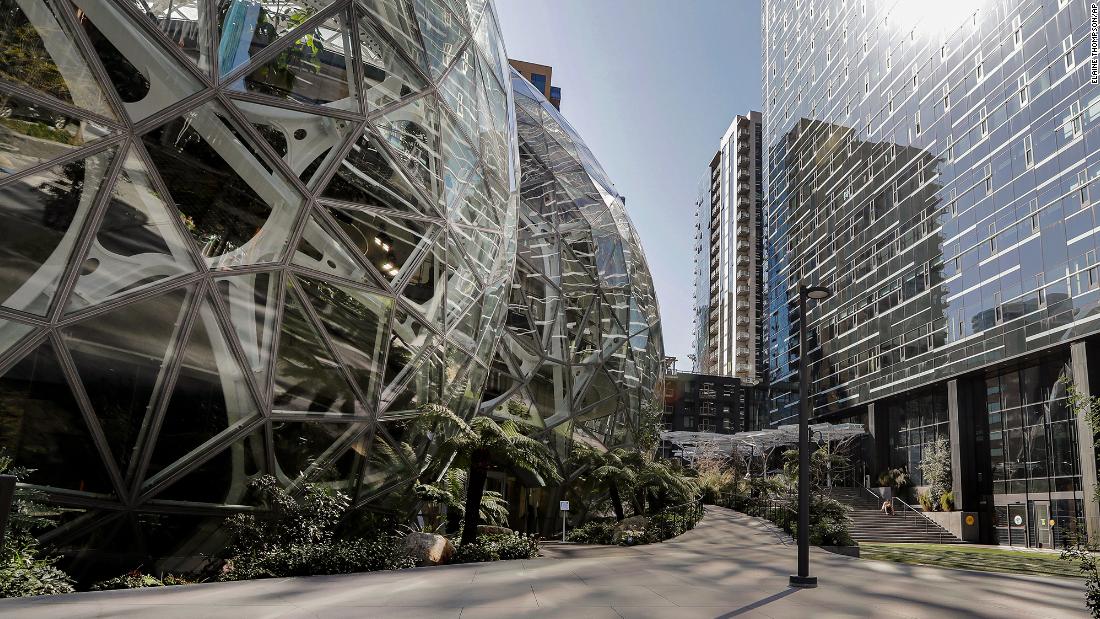 The online retail giant’s corporate workers in multiple countries, including the United States, were originally slated to start coming back to the office by September 7, but that date has now been moved to January 3, 2022, Amazon (AMZN) told CNN Business.

When they do return, employees will be required to wear masks inside the office unless they have shown proof that they are vaccinated, the company added.

Many of the tech industry’s biggest companies, who were among the first to shut down their offices at the start of the pandemic last year, had set September as the target to reopen. Now these companies are delaying those plans as concerns about the Delta variant increase — and in some cases they’re requiring vaccinations for employees who are returning.
Google (GOOGL) last week announced it would push its office return date from September 1 to October 18, while ride-hailing company Uber (UBER) said it won’t reopen offices until October 25. Apple (AAPL) CEO Tim Cook also confirmed in an interview with CNBC that the company will delay its planned September reopening by at least a month.
Microsoft (MSFT), which like Amazon is headquartered near Seattle, has also postponed its full reopening and said earlier this week that it won’t allow all workers back before October 4.
At least one tech company — Lyft (LYFT) — is going even further than Amazon. The company’s CEO, Logan Green, told employees earlier this month that most of its US offices will now reopen on Feb 2, 2022.