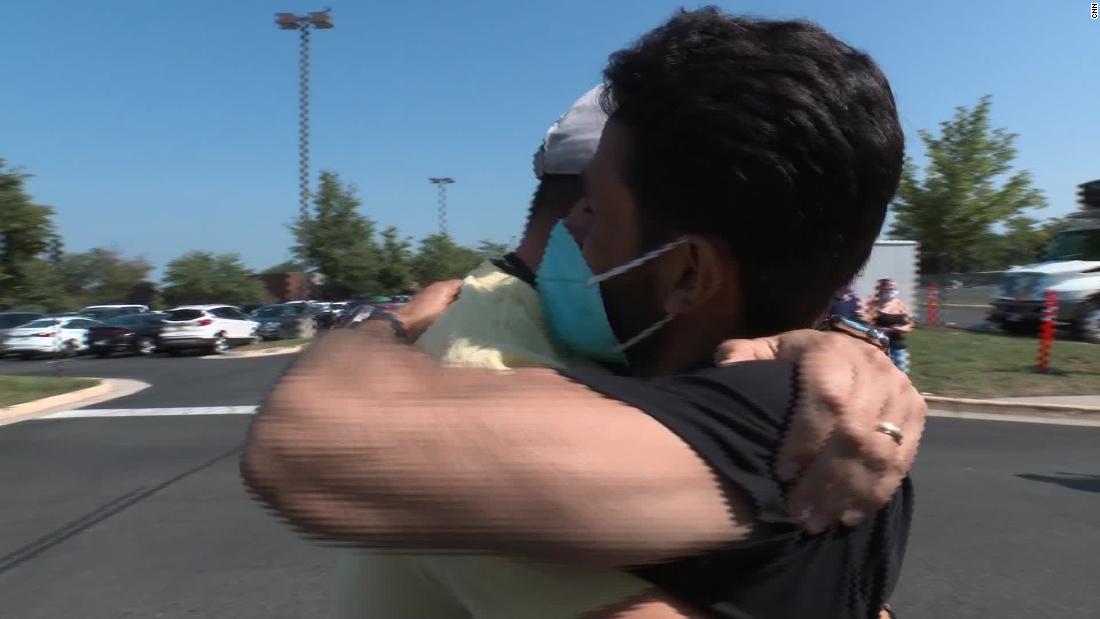 As an interpreter for US forces in Afghanistan, Selanee worked alongside Rodriguez when he was deployed to Kunar Province, helping countless US soldiers work with locals and navigate a dangerous region. In doing so, becoming a prime target of the Taliban as they took control Afghanistan.

“They already started going into the soldiers’ houses and looking for them, you know? And asking their families to bring your son. Give us weapons, give us this, give us that,” Selanee said of the Taliban.

“Honestly, our soldiers all they were doing was serving their country, earning some money to feed their family.”

Though the Taliban said they would not harm those who worked with foreign forces, revenge attacks have been reported; one interpreter was dragged out of his car and beheaded by Taliban militants in May, according to witnesses. And while the Biden administration pledged to assist Afghans who worked for, and on behalf of, the US government and military, Selanee’s frantic journey to the US highlights the perils that Special Immigrant Visa applicants are facing as they leave Afghanistan.

Selanee had first started interpreting as a teenager, working with US forces from 2007-2013, Rodriguez said. He then went on to become a commando in an elite Afghan unit and rose to the rank of lieutenant colonel.

As the Taliban swept across Afghanistan this month, taking city after city, Selanee was fighting alongside his men as a commander in Kandahar before retreating with his forces and making their way to Kabul airport, where they helped US forces secure the perimeter.

At the airport, he was reunited with his family, including his wife, a younger brother and five children. They got on an evacuation flight to Qatar, with the intention of then going on to Germany before heading to the US.

“I don’t know where they’re taking us next. To be honest, sir, we have no idea what’s happening next day, you know?” he told CNN from the hangar in Qatar that his family was sharing with scores of other evacuees.

Rather than flying to Germany, the Selanee family was put on a flight to Washington. To tell Rodriguez where they were going, a flight attendant wrote it down on a napkin for him: “Washington DC USA, Airport: IAD.”

Rodriguez immediately bought a ticket and flew from Seattle, trying to track Selanee’s progress with messages they were trading on WhatsApp. Selanee told Rodriguez they were being held up, that his wife and son had been taken to a hospital in Loudoun County, Virginia.

Twenty-four hours after Selanee arrived, Rodriguez got word the family had been moved to a temporary housing facility near Dulles airport.

“This guy is special for a number of reasons. Look all these people have been through hell and back. But this guy is special because he is he is fiercely loyal to Americans,” Rodriguez said. “And then he, and then he went on to, you know, command, probably the most elite special operations unit in all of Afghanistan “

Rodriguez bought Selanee — who is now being processed in Fort Lee, Virginia — new clothes and a phone as he starts his life in the country he assisted in Afghanistan for years.

But hanging over his new the life in the US are his concerns for family members that didn’t make it out.

Nearly all countries involved in evacuation efforts — Canada, Australia, New Zealand, France, Spain, Italy and more — have ended their operations and pulled out from the country. The last US military planes left Kabul on Monday, marking the full withdrawal of American forces from Afghanistan.