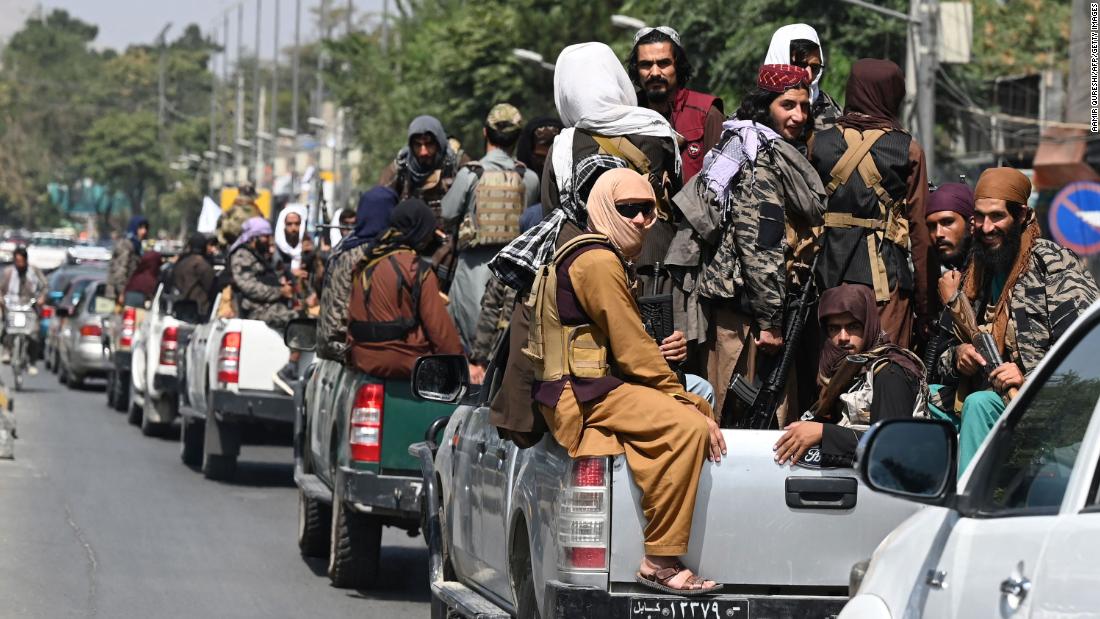 They are being processed in the UAE before heading to Canada to begin their new lives.

One woman, who does not wish to be named due to safety reasons, told CNN she feared being a female athlete in Afghanistan once the Taliban took over.

“Oh my God, it is really tough to explain our situation in words,” she said.

“It’s really difficult because the main reason, specific reason, that I leave Afghanistan was because I was not secure as an athlete. I was doing sports in Afghanistan, but nowadays, that is not safe … I was forced to leave my country.”

Following nearly two decades of conflict, the Taliban reclaimed Afghanistan’s capital and took over the country’s presidential palace, barely a month after the US began the final withdrawal of military troops from its longest running war.

On Tuesday, the Taliban announced the formation of a hardline interim government for the country, filling top posts with veterans of the militant group who oversaw the 20-year fight against the US-led military coalition.
READ: ‘Every risk that I took, it’s all worth it’: Abbas Karimi fled Afghanistan at age 16, now he’s representing the Refugee Paralympic Team at Tokyo 2020

‘I want to prove that girls are capable’

The Afghan cyclist’s story of athlete evacuation is one of several to emerge from the Taliban’s takeover, following on from the evacuation of the women’s national football team last month.

Explaining how sport had become a conduit in the continued fight for women’s rights, Popal’s sentiments are echoed strongly in the cyclist’s own words.

“We used to practice, we used to have competitions. We even used to compete with boys … And we were happy,” she added.

“But nowadays, it is really disappointing. It hurts us actually to see the situation that the girls will not be allowed.

“As a girl cyclist, as an athlete that I was doing sports in Afghanistan to stand for rights of human, mostly girls.

“I am planning to go out of my country as I couldn’t stay … and I want to continue my sport and my education. I want to prove that the girls are capable, that girls have the right to do what they want.

“They are allowed. They should be allowed to do their studies, to do any sport they want and to have a life that they are supposed to have.”

The cyclist’s revelations are made all the more poignant by the announcement of a Taliban official that women would not be permitted to play cricket and other sports.

Ahmadullah Wasiq, deputy head of the Taliban’s cultural commission, told Australia’s SBS News that Afghan women should not play cricket and other sports in which they would be “exposed.”
“In cricket, they might face a situation where their face and body will not be covered. Islam does not allow women to be seen like this,” Wasiq told SBS News.
Visit CNN.com/sport for more news, features, and videos

“It is the media era, and there will be photos and videos, and then people watch it. Islam and the Islamic Emirate do not allow women to play cricket or play the kind of sports where they get exposed.”

The International Cricket Council requires its 12 full members — which includes Afghanistan — to have a national women’s team.

In November 2020, the Afghanistan Cricket Board announced it had awarded 25 female cricket contracts.