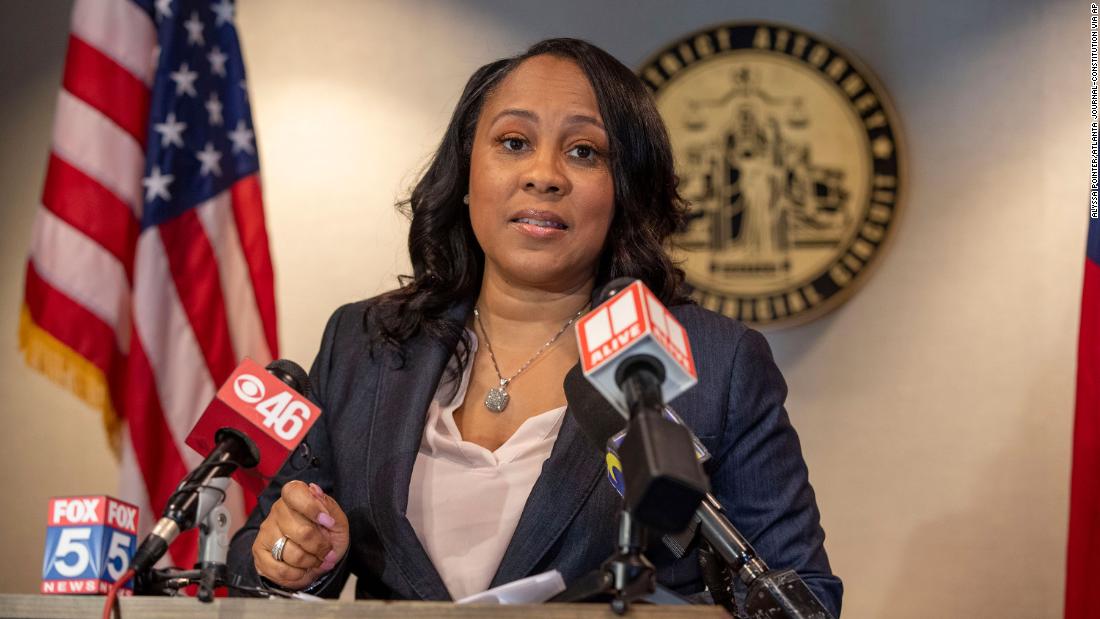 Suspects who’ve been charged with crimes in Georgia are entitled to bond if they’re not indicted within 90 days, and though that law was suspended during the pandemic, it was reinstated over the summer.

That means hundreds of defendants accused of crimes, many of them violent, are now eligible or soon will be eligible for release.

“We walked into an office with an excess of 11,000 unindicted cases,” said Fani Willis, the District Attorney of Fulton County, which includes Atlanta. “In addition to that, we already had another 12,000 that were indicted and were working their way through the court system.”

Willis said her office is prioritizing sexual predator and other serious cases. But the reality, she said, is that “there’s gonna be four or five-hundred defendants that we don’t make the clock on and they, without having the proper evaluation by law, a judge will be mandated to give them a bond.”

Willis said her office would work “around the clock” to make sure murder cases were indicted before the Sept. 28 deadline. Of the 224 murder defendants who’ve been charged but not indicted, more than 50 had to be indicted by this week to remain in custody.

“I can guarantee the public that there will not be someone that was charged with homicide that will not be charged,” Willis said. “We’re just working around the clock to make sure that I can make that guarantee. We also did the same thing with the sexual offenses and now we are working our way through other violent offenders.”

Some victims of violent crime and their loved ones say they no longer have closure.

“This is a serious problem,” said Brenda Muhammad, director of Atlanta Victim Assistance Inc. “The people that we represent, the victims of crime, they will find out that the folks who committed the crimes against loved ones or against them, they will be out on the street. Dealing with a gang banger in their neighborhood, yes that is very disturbing.”

Critics of the District Attorney say that no matter what a person is charged with, they still have a right to be proven guilty without languishing behind bars.

”These people have been in jail for months if not years,” said Manny Arora, a criminal defense lawyer. “The DA’s office had plenty of time to investigate the cases, because they’ve arrested these people, Covid or not. Indicting them isn’t that big of a deal.”
CNN senior law enforcement analyst Charles Ramsey said that clearing the backlog should be a priority. Murders in Fulton County increased by 48 percent since 2020.

“We cannot afford to let violent criminals out,” Ramsey said. “People with gun offenses, people with aggravated assault, robbery, things of that nature.”