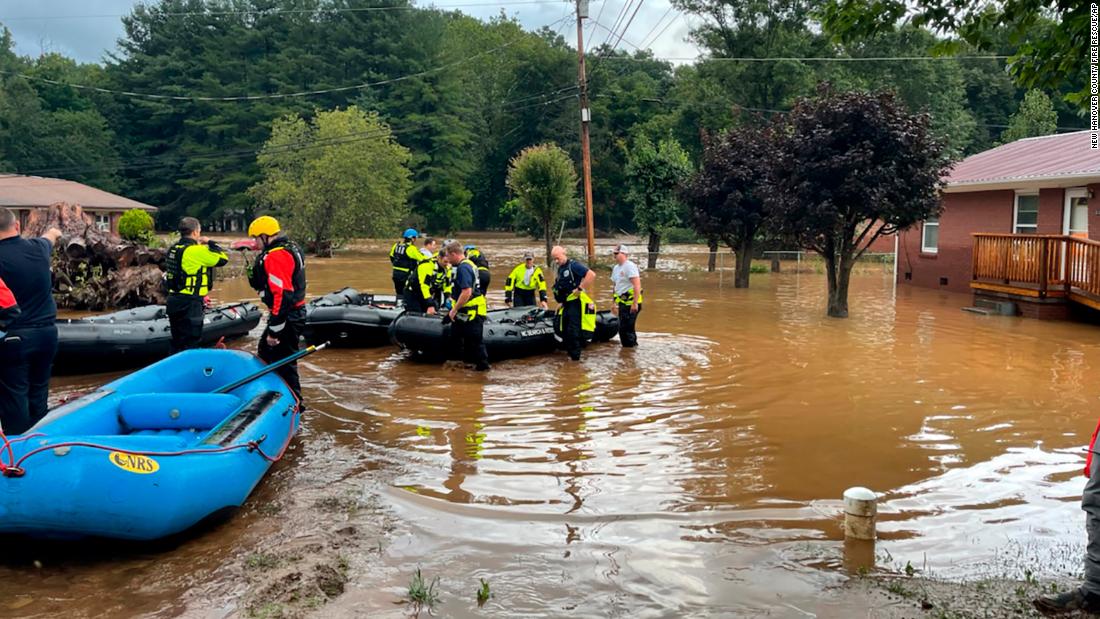 After causing heavy flooding in Haywood County, North Carolina — where authorities said about 35 people were unaccounted for Wednesday evening — the system was raining on parts of New York and New England on Thursday morning.

About 1 to 5 inches of rain are possible in those areas through Thursday night, according to the National Hurricane Center. Flash flood watches or flood warnings were in effect for parts of New York, Connecticut, Vermont, New Hampshire and Maine.

Parts of western North Carolina are still reeling from Fred, which struck the area as a tropical depression Tuesday.

In Haywood County, west of Asheville, authorities started responding to calls about high water Tuesday afternoon — and soon had to help people from their homes, Sheriff Greg Christopher said.

Several people were located safe and reunited with their families Wednesday, but several others were added to the list of unaccounted for throughout the day following the heavy flooding, officials said.

“As the water level began to rise, a whole lot faster than I have ever saw it rise here in our county, we soon started to have to rescue people from their homes and provide additional assistance to our residents, and to our fire departments,” Christopher said.

Ground, aerial and swift water rescue teams were sent to areas hardest hit by the storm to start the search and secure process, but ended their day by 7 p.m. Wednesday, officials said.

Fred made landfall as a tropical storm in the Florida Panhandle at Cape San Blas on Monday afternoon with maximum sustained winds of 65 mph. It was downgraded to a tropical depression Tuesday morning as it lost strength over land.