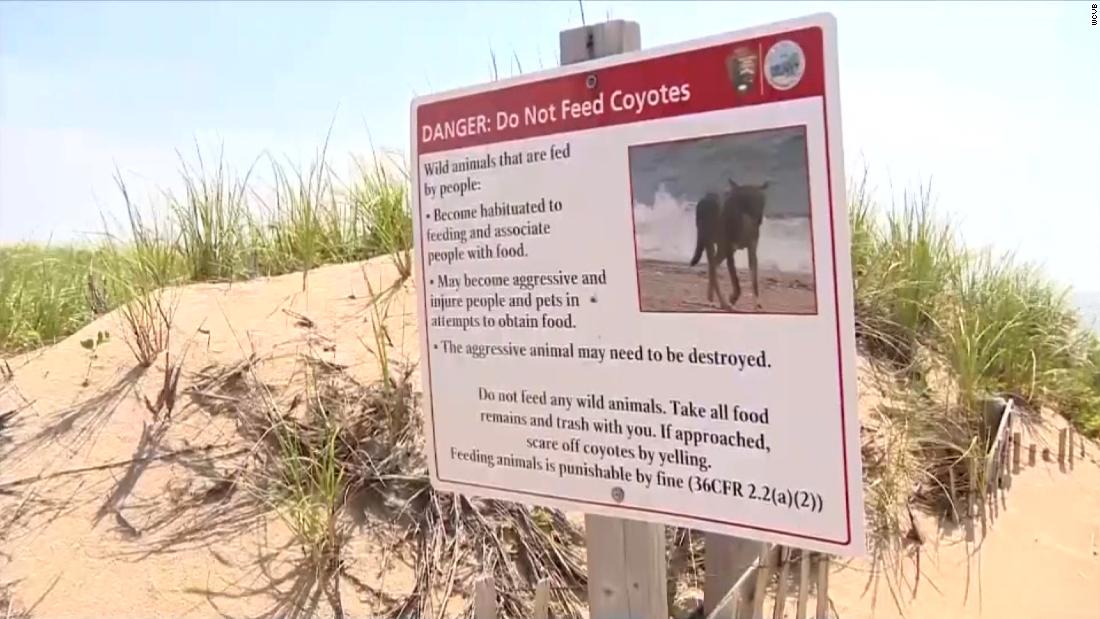 The incident occurred on North Herring Cove Beach within Cape Cod National Seashore on Wednesday evening. The child who was bitten was transported to Cape Cod Hospital with non-life-threatening injuries, NPS said in a statement.

NPS said rangers have responded to numerous incidents of coyotes acting assertively toward people throughout the summer.

“This behavior starts with people feeding the coyotes intentionally by leaving food out, or inadvertently by not removing food scraps and packaging from the beach,” NPS said. “This leads to the animals becoming habituated and bold in attempts to obtain food. When wild animals lose their fear of people, they behave unpredictably and aggressively, resulting in injuries to people and a sad ending for the habituated animal.”

Park rangers shot and killed the coyote shortly after the attack. They tracked and recovered its body on Thursday so that it can be tested for rabies, NPS said.

Rabies is a virus that infects mammals. When an infected animal bites a human, rabies is transmitted from saliva through the open wound and into the nerves, where the virus goes to the brain and spinal cord. Centers for Disease Control and Prevention experts recommend seeing a doctor for post-exposure treatment soon after contact with an infected animal, before the virus has the chance to turn fatal.
The CDC recommends three things to prevent rabies: Avoid wildlife, vaccinate pets and seek medical attention quickly after animal contact.