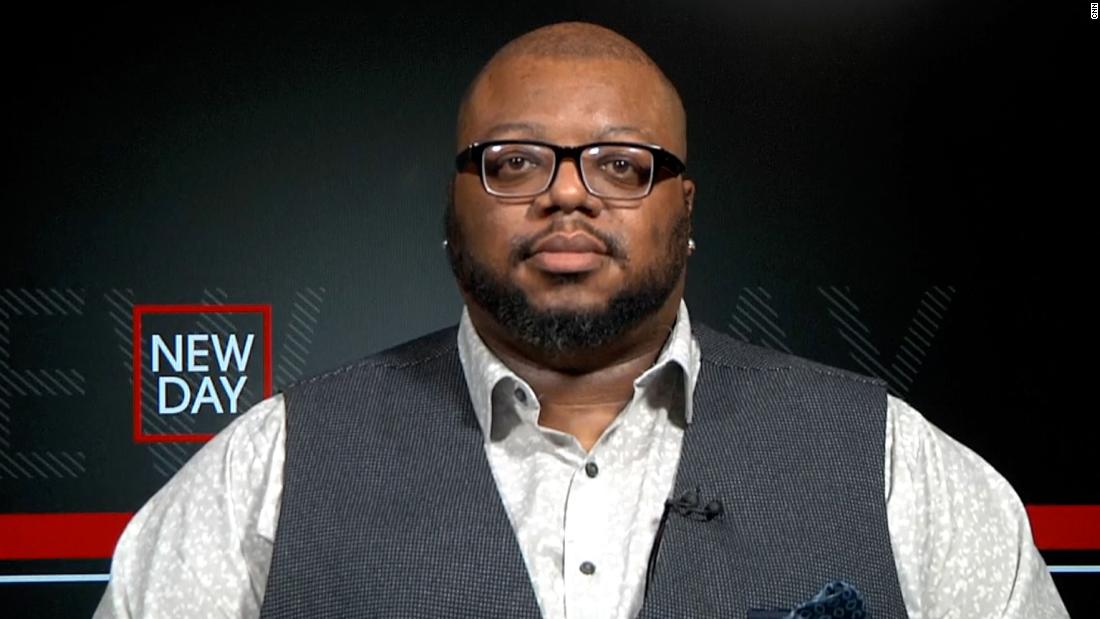 So when Covid-19 vaccines became available, Moore and his family didn’t rush out to get inoculated. His parents, both born in the 1960s, had only recently been open to getting flu vaccines, Moore said Monday on CNN’s “New Day.”

But one after another, his family began contracting the coronavirus, and so did Moore. He has asthma, a preexisting condition that worsens the risk for severe symptoms from Covid-19.

“I’m just trying to breathe, and people don’t understand how damaging and how vicious this disease is, and this coronavirus is just a massive blow to your body and to your mind. There were days I couldn’t even get up out of the bed,” Moore told CNN.

He then saw his girlfriend and children bedridden. He said his godbrother, Ulysses Jones, died last week and was buried Saturday.

Now, he said, he’s changed his mind and decided to get the vaccine. Although he didn’t say whether he has received it yet, he urged others to consider the community’s interests when making the choice.

“I still get nervous about the long-term effects of what may be later on down the line because we’re not sure yet, but what I am sure of is we’re burying people right now,” Moore said. “Families and loved ones are being devastated and completely destroyed by this pandemic.”

In the Tuskegee experiment, the federal government had penicillin treatments available, but never intended to treat the Black men involved. Researchers didn’t share their real purposes with the subjects involved, and the study, which was originally supposed to last six months, lasted 40 years.

But the Black community’s wariness of medical treatment stems from systemic discrimination that goes beyond the Tuskegee experiment. And Covid-19 has disproportionately impacted Black communities across the country.

“We tried to stay away from vaccines, anything that was injected or anything foreign from our body. In the back of my mind, that was always something that lingered into my adulthood,” Moore said.

The medical community needs to actively work to build more trust with the Black community to help overcome vaccine hesitancy, according to a recent study published in the Journal of Racial and Ethnic Health Disparities.

“Providing vaccine information/communication geared towards ethnic and minority populations online and in physical locations such as churches, mosques, faith-based institutions, barber shops, hair salons, and other trusted community-based organizations in addressing vaccine hesitancy and providing vaccine and health-related information is key for ensuring that information reaches these communities,” Cato T. Laurencin, a University of Connecticut professor and medical physician, wrote in the study.

At the same time, these communities do not make up the largest groups of unvaccinated people.

There are many reasons why people don’t get vaccinated. Some are motivated by politics, but officials at the White House and researchers at the Centers for Disease Control and Prevention have also expressed concerns about Black Americans who mistrust the medical community and are hesitant about getting the shot because of a long history of abuses such as what happened in Tuskegee.

There’s also concern that many unvaccinated Americans don’t oppose vaccination, but have trouble making the time to get vaccinated, or haven’t felt strongly motivated to do so.

But as the Delta variant ravages unvaccinated populations, Moore recommended everyone continue taking precautions to avoid landing in his situation.