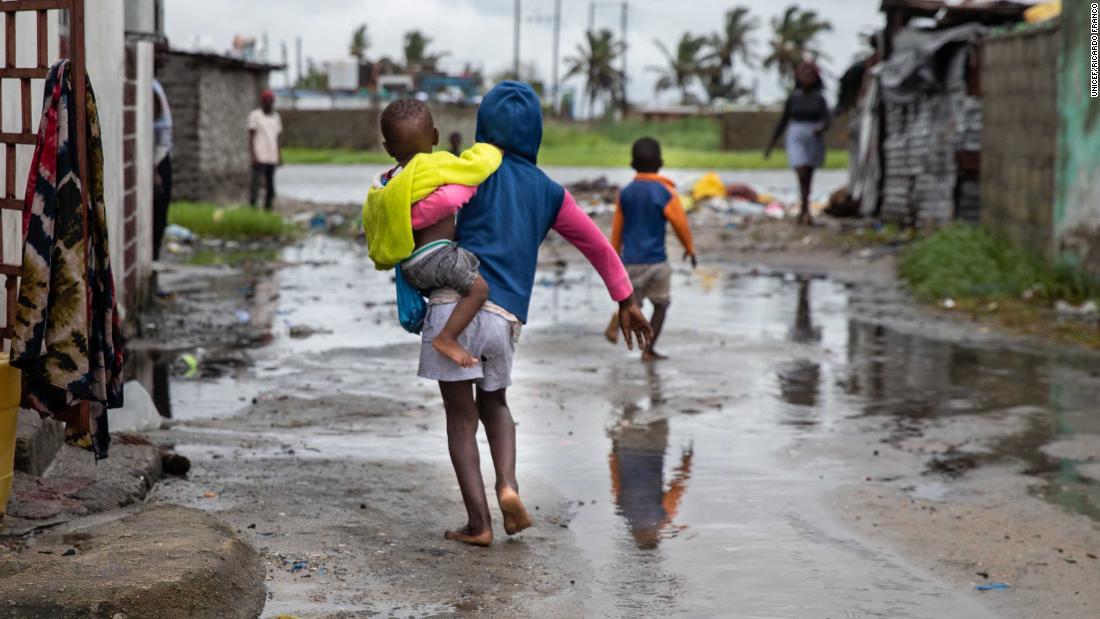 Among the 33 states identified at extremely high risk is Afghanistan, which has dealt with prolonged drought and political instability for years, and once again faces an uncertain future after it came fully under the control of the Taliban over the weekend.
The index was launched in partnership with Fridays for Future, a youth-led climate movement spearheaded by Swedish activist Greta Thunberg, on its third anniversary. School students around the world have been striking every Friday to demand more action on the climate crisis.

“There have been many millions of people, especially young people, mobilized. We need to raise awareness and we need to create a mass mobilization of people from all over the world. That is the only way that we can win, and we are going to take action and treat the crises,” she said.

The 10 countries most at risk were all in Africa, with the Central African Republic, Chad and Nigeria most vulnerable.

The index identified 33 countries as extremely high risk, and found a “disconnect” between where most greenhouse gases were being emitted and where children were at the greatest risk of the most significant impacts.

“Climate change is deeply inequitable. While no child is responsible for rising global temperatures, they will pay the highest costs. The children from countries least responsible will suffer most of all,” UNICEF Executive Director Henrietta Fore said in a statement.

The 33 extremely high-risk countries collectively emit just 9% of global carbon dioxide (CO2), while the 10 countries that emitted the most accounted for nearly 70% of CO2 emissions, the report said.

India was the only country that both recorded high CO2 emissions and was extremely high risk. While it is responsible for more than 7% of global CO2 emissions, it has a large population of more than 1.3 billion people, and its per capita emissions are only 1.8 metric tons.

Children in Iceland, Luxembourg and New Zealand were least at risk. Those countries have small populations, but, per capita, Iceland and New Zealand emit more than 6 metric tons of the world’s emissions, while in Luxembourg, it’s more than 15 — on par with Americans, Canadians, Saudis and Australians.

Zimbabwean climate activist Nkosilathi Nyathi said in the video that climate change was “very personal” to him, and that people in his village, especially farmers, were struggling with unpredictable weather.

“If the weather continues like this, it could lead to a serious crisis in my community. Young people are the world’s most precious natural resource. I want to call on policy makers and decision makers to include us in all developmental aspects that have to do with our future, because there can be nothing for us without us.”

Additionally, it found that:

Nearly every child in the world faces risk from at least one climate and environmental hazard, but the index shows that some of the worst-affected countries “face multiple and often overlapping shocks that threaten to erode development progress and deepen child deprivations,” UNICEF said.

The agency said it was calling on governments around the world to take more action on the climate crisis, and to include young people in all climate negotiations and decisions at every level, including at November’s COP26 climate talks in Glasgow.

Fridays for Future said more youth movements like theirs would arise and continue to expand.

“We must acknowledge where we stand, treat climate change like the crisis it is, and act with the urgency required to ensure today’s children inherit a liveable planet,” the group said.