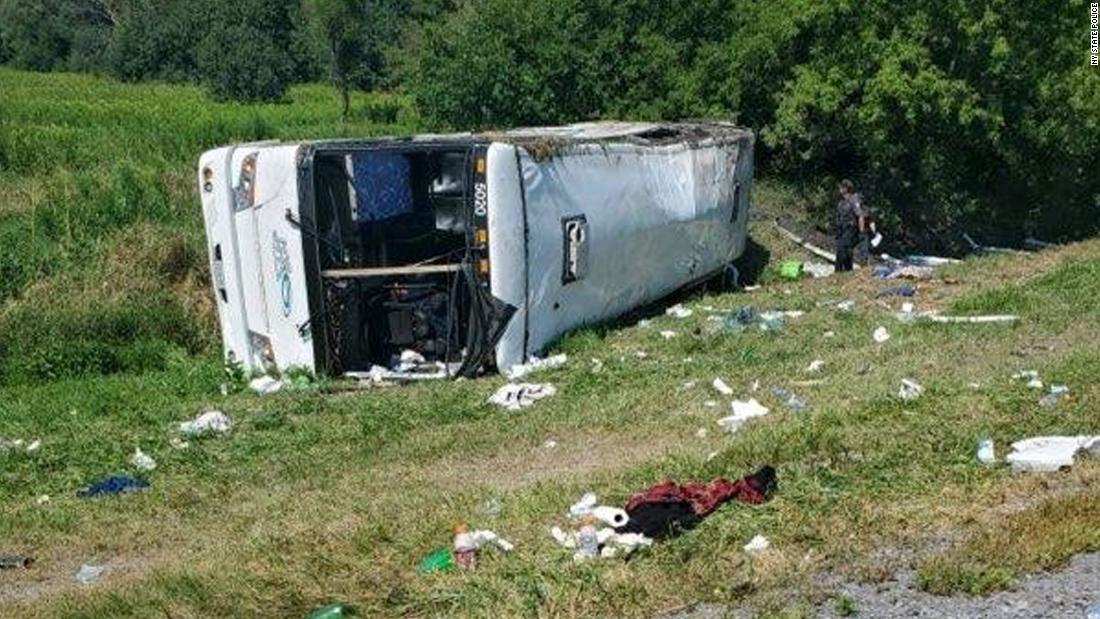 The tour bus was traveling westbound on Interstate 90 in the town of Brutus in Cayuga County when it exited the highway “for an unknown reason and rolled over onto the grassy shoulder,” according to a statement from New York State Police.

At least two patients were transported from Auburn Community Hospital to SUNY Upstate to be treated for more serious injuries, and there were no reports of any fatalities, Chadderdon said.

The bus was coming from the town of Fishkill in the southeastern part of the state, he said. Brutus, the site of the crash, is near Syracuse in central New York and more than two hours away from Niagara Falls.

An investigation into the cause of the crash is ongoing, police said.