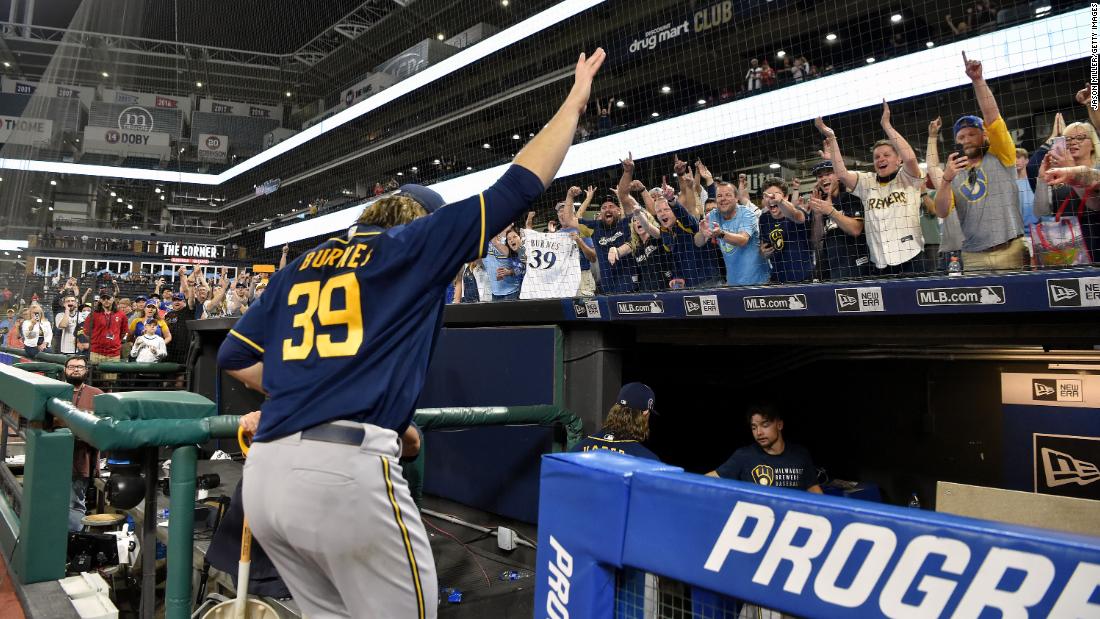 The latest came Saturday, when the Milwaukee Brewers combined to no-hit the Cleveland Indians at Progressive Field in Cleveland, Ohio.

Brewers’ pitcher Corbin Burnes went eight innings, striking out 14 batters and walking one. Brewers’ closer Josh Hader came in for the ninth inning to close it out as Milwaukee won 3-0.

Burnes told reporters after the game that he was aware his pitch count would be a factor in whether he would finish the game, as Milwaukee closes in on a division title and playoff berth.

“I had to fight to get out there for the eighth (inning), but I knew I had no shot for the ninth,” he said, adding that “if there’s anyone in the game that you’d want to come behind you to complete a no-hitter, it would be Josh Hader.”

This is the second no-hitter in Brewers franchise history, the first one coming in 1987 when Juan Nieves no-hit the Baltimore Orioles. The Indians have been no-hit a record three times this season with Indians’ pitcher Zach Plesac starting all three games. Cleveland broke its own record of being no-hit twice in 1883, 1908 and 1951.

The record for most no-hitters thrown in a given year was eight, which was set in 1884. Before this year, the most no-hitters in any modern-era season since 1900 was seven on four different occasions according to MLB.

Two other games this season featured no-hitters yet did not officially count due to only seven innings played as part of a doubleheader. The Arizona Diamondbacks completed the feat in April and the Tampa Bay Rays did the same in July.

CNN’s Derrick Hinds and Travis Caldwell contributed to this report.