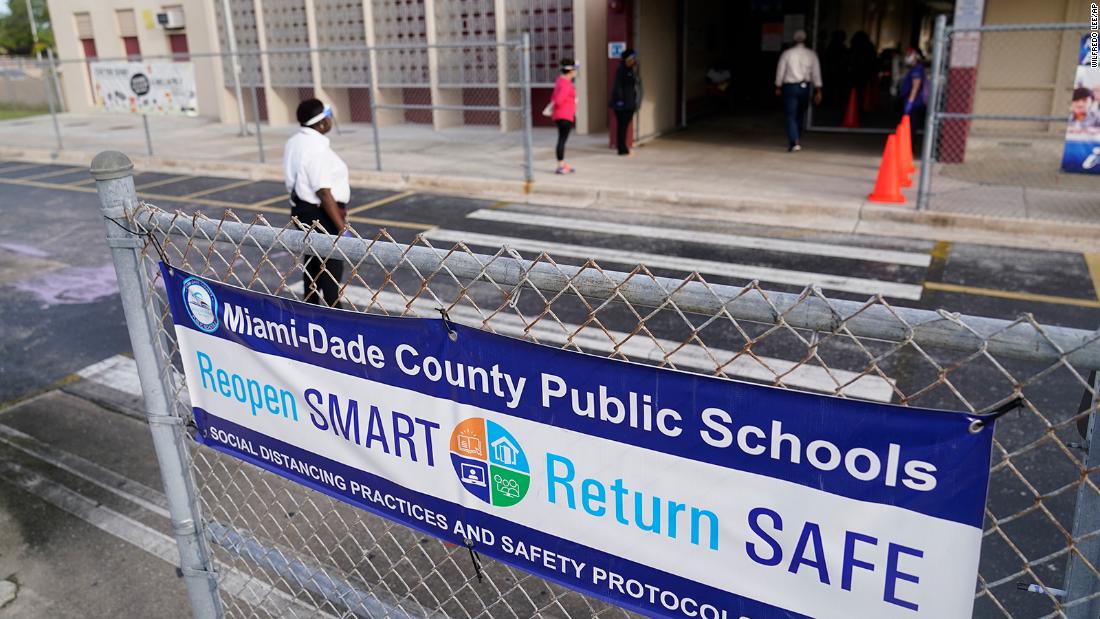 Among the 13 were three teachers, one security monitor, one cafeteria worker and seven school bus drivers, United Teachers of Dade President Karla Hernandez-Mats said. All were unvaccinated.

“These were extraordinary educators and people, and their loss is being felt throughout the community,” Hernandez-Mats said.

The school district’s Covid-19 dashboard keeps track of cases, but not deaths. A spokesperson told CNN they were aware of the 13 deaths anecdotally and through family members who reported them.

“The loss of any of our employees is one that is always profoundly felt as every member of this organization is considered a part of Miami-Dade County Public Schools family,” the district said in a statement. “We extend our hearts and prayers to the loved ones of those whose lives have recently been lost.”

According to the district’s dashboard, 147 students and 186 employees have tested positive for Covid-19 since August 13, when the dashboard started tracking cases for the school year.

School started in Miami-Dade on August 23.

Miami-Dade is the largest school district in the state and one of a handful there that has enacted a mask mandate in defiance of Florida Gov. Ron DeSantis.

To honor those the district lost, Hernandez-Mats helped coordinate a pop-up vaccination site for Miami-Dade employees Tuesday. Just a few hours into the event, 40 people had come to receive their first shot, she said. While that number may not seem large, she said it gives her hope.

“All that misinformation is creating a lot of fear and this is an underserved community,” Hernandez-Mats said. “We looked at the data that we got from the department of health here in the county and basically what it told us was that 30% of the African American community is vaccinated, and that’s way below our averages here.”

The 13 employees who died were African American, she said.

The pop-up site will be running a second time in a few weeks to give out the second dose of the vaccine.

District wants to incentivize people to get vaccinated

The Miami-Dade school district will be presenting an item to the school board this week “calling for a one-time $275 stipend to any full-time & permanent part-time employee who provides proof of full vaccination,” a spokesperson from the district said.

The district also said 85% of its teachers have received at least one dose of a Covid-19 vaccine, based on a survey conducted by the United Teachers of Dade.